The Young and the Restless Spoilers: Will Gina Tognoni Return to Y&R In New Character Role – Fans Want Former Phyllis Back In GC 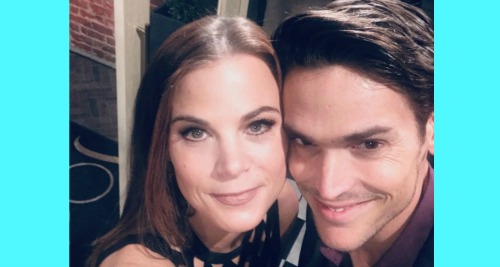 The Young and the Restless (Y&R) spoilers reveal that there’s one CBS soap star who’s missed terribly. When Gina Tognoni was unexpectedly fired so Michelle Stafford could reclaim the role of Phyllis Summers, it truly shocked the soap world.

How could Y&R just cut a Daytime Emmy winning actress who had made the role of Phyllis her own?! That was the question many viewers found themselves asking in the stunning aftermath. It was definitely a wild casting shakeup that none of us will soon forget.

Of course, that happened last year, and we’ve all had time to move on. Stafford quickly settled into the part of Phyllis again – and she’s doing a great job at playing the classic role she knows so well.

Nevertheless, it’s a shame that we had to lose Tognoni’s version of the character. She brought a very different Phyllis to the table and really affected the whole vibe of the show.

It seemed like The Young and the Restless writers just naturally wrote for Tognoni’s style. Phyllis was still a schemer, but she was a more mature one. Can you really imagine Tognoni’s Phyllis in this endless jejune hotel battle with Abby Newman (Melissa Ordway)? That Phyllis wouldn’t have time for these childish games.

Once Stafford reprised the role, Phyllis reverted to her less mature tendencies. Y&R writers pivoted Phyllis back to a pettier character with harsher edges. That may be a good thing or a bad thing depending on your perspective.

In some ways, Tognoni’s Phyllis was never quite Phyllis – not Phyllis’ true personality anyway. However, Tognoni built Phyllis into someone else with the writers’ help. There’s a void without her around. Tognoni had an amazing onscreen presence – and many of us would love to have her back!

Naturally, there’s no need to rock the Phyllis boat again. Y&R already did that when Stafford returned, and it was hard enough to adjust to the change. Another Phyllis swap would be a bad idea, especially since Stafford pulls off the classic version with ease. Phyllis is Phyllis, so it’s best to just leave things alone.

With that in mind, the ideal solution might be to bring Tognoni back as another character. It’s been long enough that most fans could get used to Tognoni playing someone else. The Young and the Restless writers could a few lines about Tognoni’s character seeming familiar and let that be that.

There’s no guarantee it’ll ever happen, but that won’t stop fans from remaining hopeful about Gina Tognoni’s return one day! As other Y&R news becomes available, we’ll deliver updates. The Young and the Restless spoilers say there’s much more drama to come in Genoa City.

Would you like to see Gina Tognoni come back to Y&R? Could you accept Tognoni playing another character? Don’t forget to pop in CDL often for sizzling Young and the Restless spoilers, updates and news.