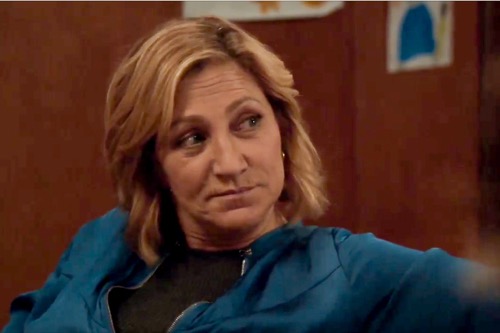 Tonight on CBS their new crime drama Tommy returns with an all-new Thursday, April 23, 2020, season 1 episode 10 called, “Packing Heat,” and we have your Tommy recap below.  On tonight’s Tommy Season 1 Episode 10 recap as per the CBS synopsis, “Tommy is accused of professional impropriety when her relationship with sports agent intersects with the LAPD’s arrest of a local sports phenom found possessing an illegal firearm.  Also, Blake’s search into the disappearance of a reporter who asked her for a favor uncovers a connection to the city medical examiner’s office.”

Tonight’s Tommy season 1 episode 10 looks like it is going to be great and you won’t want to miss it.  While you’re waiting for our Tommy recap make sure to check out all our TV recaps, news, spoilers & more, right here!

Park Grocery 4:37 pm, there is a robbery in progress, a school student, Giovanni Perez, witnesses a man with a knife holding up the clerk, he foils the robbery by pulling out his gun – he’s 17 and ends up being arrested for not having a license for the firearm.

At Tommy’s house, Kiley arrives for dinner and tells Tommy that she has heard about Giovanni, he is a phenomenal pitcher and is looking at a 3-4 million contract when he graduates high school. The DA wants to make Giovanni a poster child, he will most likely get probation. Kiley tells Tommy that she should support it, this kid is an A student, he’s a good kid.

Kiley and Tommy are walking, she asks her if she can get an informal introduction, he is a potential hall of fame, a client like that can change your career. Kiley and Tommy kiss, the same man that was watching Blake in the last episode, is now taking pictures of them.

Donn tells Tommy that Giovanni should not be put in a diversion program, he was carrying an illegal weapon. Ken reminds Donn that the kid has no priors. Tommy says she is not going soft on guns. Donn tells her that she is going to get a lot of push back from the union over this, she tells him that kids do deserve breaks. She tells him firmly that she made her decision. Ken goes to see Blake, she tells him that Vincent was looking into the death of Arturo Lopez and two days ago he asked her for help, since then, she can’t reach him – he is missing. She tells him about being in his apartment, he texted her that he was homesick, and he wasn’t there. He tells her to give it another day or two, he is probably fine.

At Giovanni’s hearing, he pleads guilty, and given that he has no record, the judge releases him until the court date. Giovanni’s mother sees Abner and tells him to thank his chief for everything they have done for her son. Then she says that she knows she is friends with Kiley, she saw the photos online and she and her son are meeting Kiley later that afternoon. Abner asks what website – then he tells Ken who shows it to Tommy. It is a site called LA Juicy, and there is a photo of the two of them with the heading, “LAPD Chief Thomas out with a new girlfriend.” And, there is a video, Kiley was at the hearing.

Lou asks Tommy is she is trying to piss him off on purpose – she put a gun-carrying kid back on the street. Donn says that it’s not right, thousands of black kids are in jail for doing less than what this kid did.

Abner tells Tommy that Kiley is meeting Giovanni and his mother later in the day.

The mayor calls Tommy and tells her he likes the diversion program and baseball, but this is just a mess – and having her friend in the courtroom looks bad. He tells her pictures to happen, but what can’t happen is someone she is dating hanging around with someone who was arrested.

Kiley drops by to see Tommy and tells her that she knows about her meeting. Kiley says that she was approached, Tommy says the timing wasn’t good. She went to the hearing because it is her job to sign sports stars. Tommy tells her not to drop her name while she is doing her job.

Donn tells Tommy that there was a shooting in East LA, a dealer took three to the chest, they found a murder weapon in the garbage can, the gun is registered to Bobby Perez, Giovanni’s father. The prints on the gun belong to Giovanni.

Tommy is in the mayor’s office, he didn’t return to school since he was let go. She is told that mixing her job and her girlfriend is not a good thing. She says her personal life is none of anyone’s business and she won’t comment on tabloid photos.

Giovanni is still missing, Donn tells her that they are bringing the father in. Tommy tells Ab ner to go speak to the mother, he has a connection with her. Giovanni’s mother says that the gun was for protection, people believe they are rich because of Giovanni, they don’t understand that he doesn’t make money until he is drafted. The father doesn’t live there, hasn’t been there in years and he owns a gun, the mother hid it in the ceiling; she says nobody knows about it except for her. Abner stands on a chair, he looks up in the ceiling and there is no gun there. Giovanni’s dad’s alibi pans out. And, he says that Giovanni’s lies are as good as his hits with a bat.

Blake goes to see Jacob Fulton at the morgue, she asks him about the case of Edward Wilson, he remembers it well. She asks if there was anything special about the case, anything unusual. He says no and thanks to her for stopping by.

Giovanni Perez turned himself in, he was hiding out because of gang threats. When he found out he was called in for questioning, his mom called Kiley who brought him in. Tommy tells her she should leave, she says she is going to stay and call him a lawyer.

Tommy tells her that he knew where the gun was, he saw his mom hide it. She asks why he didn’t mention it at his diversion hearing, he says he forgot about it. He says he spends time playing baseball, not thinking about guns. He says he wouldn’t throw his whole career away like this.

Tommy tells Blake that she needs to find out who is taking the pictures of her, she says the company who did it won’t give out their source. Donn tells Tommy a story about when he was in uniform he had a kid bleed out on him, he was shot by a ten-year-old who found a gun in a drain pipe. She tells him that she doesn’t like kids to have access to guns either, but she always doesn’t like to see kids in jail who are innocent.

Tommy gets a message from Kiley to meet her in the garage, she gets in the car. Kiley apologizes for giving a statement that differed from hers. And, she can’t turn her back on Giovanni. That is why she went to the hearing and the precinct. Tommy tells her that it is a problem when they have to discuss this in a parking garage. The press is reporting what they see, each other doing their jobs, and makes this whole thing complicated, this our thing. Tommy says it is easier to do her job if they are not together. If she does sign Giovanni he will be in her life 10 or 15 years, and that is more than she is getting from her.

Blake picks up her mail, a man walks up to her, he says he collects private intelligence. He shows her a photo of her in bed with the mayor and tells her that her boss should be careful too.

Abner goes back to see Giovanni’s mother and sister, Daniella admits she knew the gun was there and she told Victor, Giovanni’s cousin, and he said if she told that he would hurt her really bad. It doesn’t take long for Victor to get arrested.

The mayor holds a press conference and says that due to the events over the past few days he has asked for an ethics inquiry into whether or not chief Thomas has violated the city’s conflict of interest rules by providing information to Kiley. Ken is upset, Tommy tells him to breathe. Blake knocks on the door and asks Tommy if they can talk. Blake tells her that he was threatened last night, and she thinks he has to do with the disappearance of a friend of hers. She tells her that she is having an affair with the mayor, the man had photos and threatened to publish them. She thinks there is something big going on, and she is on to something. Tommy tells her that she promises to get to the bottom of this.