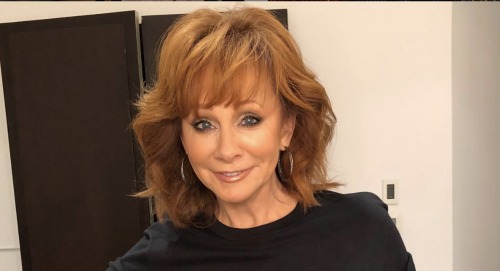 Kelly Clarkson is calling it quits in her marriage to Brandon Blackstock, so this news story has been making some serious waves. It’s been almost seven years since Kelly and Brandon tied the knot, but Kelly filed for divorce on June 4 citing irreconcilable differences. What does Reba McEntire think about Kelly Clarkson divorcing Brandon Blackstock? To answer that, we have to explain some connections.

Reba was married to Narvel Blackstock from 1989-2015, and Narvel is Brandon’s father. That means Reba was Brandon’s stepmother for many years. This link actually led to Reba and Kelly forming a strong bond, which is evident whenever they make appearances together.

Reba is close enough to Brandon to drop the “step” and just call him her son, so she’s understandably close to his wife, too.

Although Reba is technically no longer Brandon’s stepmom and Kelly won’t be Brandon’s wife for much longer, it’s doubtful that’ll affect Reba and Kelly’s bond. They’ve got a lot in common as singers and have performed together on multiple occasions.

Kelly and Reba even double dated with their husbands back when both marriages were on solid ground.

As far as what Reba thinks about Kelly and Brandon’s divorce, she hasn’t made any kind of statement about it so far. However, it’s safe to say Reba would want all parties involved to be happy.

Kelly and Reba will surely remain close since they managed to do that after Reba’s 2015 divorce. “She married my oldest son, Brandon, but we’re also good friends,” Reba told Us Magazine in March 2019. “So that goes a long way — when you can have a good friend as a part of your family.”

Reba even went on The Kelly Clarkson Show in September 2019, which led to Reba and Kelly offering some updates on their friendship. “I ended up marrying her oldest son and you got stuck with me more,” Kelly said, which earned a “thank goodness” from Reba.

It sounds like Kelly and Reba’s friendship is going to be just fine! CDL will have all the sizzling celebrity news and updates you need, so be sure to drop by regularly.