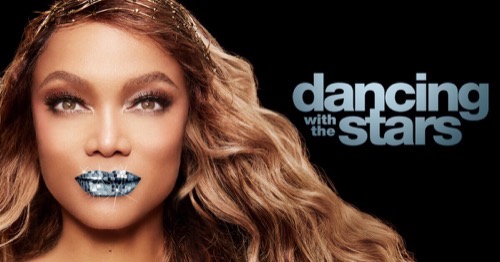 Tonight on ABC it’s the Dancing With The Stars 2020 seventh elimination of Season 29 and we will say goodbye to one star. In tonight’s Monday, November 2, 2020 episode called, “Double Elimination Night – Use Your Vote!” the 9 remaining celebs and their pro dancers will compete live for the coveted Mirror Ball Trophy. Make sure to check out our Dancing With The Stars 2020 episode 8 recap here!

In tonight’s episode as per the ABC synopsis, “The show’s cold open will be a sketch aimed at encouraging people to vote as part of a nonpartisan initiative. Later, Tyra Banks will walk out to “Treasure” by Bruno Mars. In addition, for the first time this season, Relay Dances will find our couples split into three groups, dancing either a Cha Cha, Samba, or Viennese Waltz relay.

Each group will dance to a different song and the couples will take turns, one couple dancing at a time. One judge will rank the couples within each relay group and give bonus points depending on those rankings. These points will be combined with the individual scores and live voting to determine who is up for elimination.”