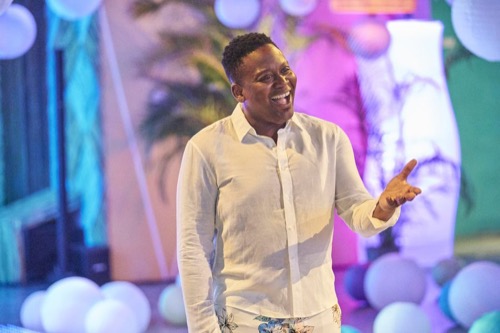 Tonight on ABC after weeks of drama, romance & more Bachelor in Paradise airs an all-new Tuesday, September 7, 2021, episode and we have your Bachelor in Paradise recap below.  On tonight’s Bachelor in Paradise Season 7 Episode 7 as per the ABC synopsis, “New celebrity guest host Tituss Burgess storms the beach, ready to shake things up in VIP fashion by throwing an exclusive welcome party that stirs up more drama than Wells does drinks.

A select few beachgoers make their way to the bash ready for fun, but little do they know that some unexpected guests are also on their way, including actress, singer, and star of Freeform’s “Cruel Summer,” Olivia Holt, who hits all the right notes in a special musical performance of her song “Next.” Hangovers will be the least of these party people’s concerns in the morning.”

In tonight’s Bachelor in Paradise, the episode begins with Titus Burgess arriving on the beach and shaking things up with an exclusive VIP party where everyone is not invited. There is a lot of anxiety on the beach. Mari is still worried about Demi getting too close to Kenny and her not being able to reconnect with him. There is a party and not everyone is invited. Tammy is scared because she wasn’t invited. But, if one night with other women can change your man’s mind, then he wasn’t yours, to begin with.

The VIP party is set to begin, Becca is there, so is Demi and she says the best thing about the night is that Mari is not there. Shots are flowing, Chris C. is happy Jessenia is at the party, she is his number one on the beach but he has a feeling something is going to happen at the party and he is slightly nervous about that. Titus arrives and says there will be others that they recognize, and all bets are off.

If anyone makes a connection with the new VIPs they can potentially join the house. In through the door walks Chelsea, Alana, Alayah, and McKenna. Becca was hoping some guys were going to walk in. Alana has a ting for Chris and Jessenia is nervous, she says she trusts Chris, and meanwhile, he is sitting in a corner and kissing Alana already. Jessenia turns the corner and she sees the two together. Back at the island, the women left behind are very nervous.

Jessenia is having a hard time, to see Chris change like that in an instant is rough. Chris sits down with Jessenia and tells her that he didn’t know he would have feelings for Alana, just then Alana walks up and Jessenia tells her they are in the middle of a conversation and shoes her away.

Titus is back and he says there are more surprises, he is not done yet. Olivia Holt walks on stage and performs her single, “Next,” and everyone hits the dance floor.

Thomas and Riley can’t believe that Chris is on the dance floor kissing Alana right in front of Jessenia, what a low thing to do. Abigail is shocked at how Chris is treating her. More and more people can’t believe how Jessenia was treated, it is a little like what Pieper and Brendan did.

Mari and Tammy are talking, they are both really worried about the party. All of a sudden, Jesenia walks in. She tells them four girls showed up and she and Chris are done. He was dancing with Alana, kissing her, showing her that she was done with her. The girls all console her, it is shocking, she was so comfortable and sure with Chris. Maurissa is playing in her own head that she is going to be hurt too, she has no idea what is going on and she is scared.

The next day, Mari pulls Kenny aside, she wants to know what he is thinking after the party the night before. She sits down alone with him and says she cares about him and wants to be with him and talk about what happens after this. He says that every time that he has the rose, she is all about him, but when she has the rose it is switched and it makes him nervous. She says she got cold feet and that is why she took a step back, it was not about the rose. He tells her that he has strong feelings for her and doesn’t know why.

Kenny leans in for a kiss and Demi sees. Demi then sits down with Kenny and tells him that she wants a definitive answer about who he wants. He says there was something with Mari from the beginning. Demi calls Mari evil, mean, and a pageant girl. She says she doesn’t get it, she is such a fun person and deserves more than this.

Chris really dug a grave for himself, some of the men don’t like what he did and call him a dishonorable man. Chris is not doing well, he made some bad decisions and is now paying for them. Natasha sees Chris isolated, everyone is upset with him and they are taking Jessenia’s side. Just then, Alana walks in, Titus welcomes her and gives her a date card. Alana does her walk around saying hi to everyone, you can cut the tension with a knife. She tells them she has a date card, “keep bringing that big paradise energy.”

Becca tells Thomas that she was very hesitant to come to the island, she is very guarded because she got her heart broken on her season. He kisses her and she says she can’t stop smiling.

Aaron is back with Chelsea and is told that Becca got a date card and choose Thomas. Tammy feels so stupid, she dumped Aaron for Thomas and now she feels lost. Aaron says Tammy did him dirty and he doesn’t have much sympathy for her.

In paradise, there is talk that Chris and Alana had a relationship before and he can expect some negative treatment when he gets back to the beach. Joe calls him a scumbag, and that is the bottom line. Meanwhile, Chris and Alana are ending off their date, he tells her that he had so much fun with her and is glad they made a connection. They kiss before ending the date, and Chris feels that spark he was looking for.

Chris and Alana walk on the beach and Joe says they have to talk to him. He says things are uncomfortable, and they want to ask him some questions. Joe reminds him that he said he and Jessenia were a solidified couple. Joe says a lot of this looks like it was structured. Riley joins in and also tells off Chris. Jessenia calls Chris a liar. Riley tells Chris that he is a man with no honor, no respect, and no code.

Alana asks the group if they want to know what she thinks and they say no. Jessenia tells Chris to pack his bags and leave. Chris goes and speaks to Alana, he tells her that he is sorry and this is the last thing that he would have suspected. Alana knew that people would be upset, but she didn’t think that everyone would be upset. Chris and Alana leave the island.

Demi thinks it is pretty bizarre that everyone called out Chris but not Brendan because he was worse than Chris. Demi says they can only hide the lies for so long.