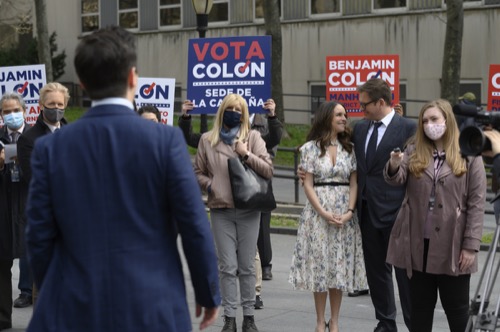 Tonight on CBS their drama Bull inspired by Dr. Phil McGraw airs with an all-new May 17, 2021, finale episode and we have your Bull recap below.  On tonight’s Bull season 5 episode 16 called, “A Friend in Need,” as per the CBS synopsis, “Izzy puts the brakes on her wedding to Bull after he jeopardizes Benny’s election campaign by handling the defense in the corruption trial of the former District Attorney that Benny hopes to replace, on the fifth season finale of BULL.”

In tonight’s Bull finale episode, Benny was running for political office. He was campaigning to be the next District Attorney and so he was running for former District Attorney David Sherman’s position. However, Sherman was in trouble. He was facing charges in a corruption trial and he wanted Bull to represent him. He was even willing to threaten Bull into doing it. Sherman had given Bull a favor several years ago and he said that he could still file charges against both Bull and Benny for what this favor entailed. Sherman threatened Bull.

He also threatened Benny. Benny didn’t know about this favor and so it wasn’t his fault yet he could still be in trouble for it and so now Bull has to protect him. Bull agreed to represent Sherman. He had no other choice and he knew this might hurt Benny’s campaign. Benny was up in the polls. He was being looked at favorably by the city of New York and now this can hurt him.

People will look at Sherman’s case with questions. They all know that Benny still works for TAC and so they’ll connect Sherman with Benny. They will wonder if he condones the corrupt behavior that Sherman is guilty of. They will also say Benny is connected to the disgraced DA and so this could tank Benny’s campaign.

Benny later begged Bull not to take the case. Bull didn’t tell him why he was taking it but he said he had to and he was expecting Benny to trust him and Benny doesn’t. Benny and Bull were fighting. Benny has to face the media onslaught from the story and Izzy was helping him. They both agreed Benny should quit TAC. Izzy also thought she needed to put her wedding on hold and that wasn’t a threat. She just said there were so many signs of why now wasn’t the perfect time.

Benny resigning was a great thing. He went up in the polls by a point and so he and Izzy weren’t as mad at Bull as they could be. Only the wedding was still on pause. Izzy was going to need time before she was ready to marry Bull and it doesn’t help that he just expects her to trust him. Bull managed to tick off everyone in his close circle by agreeing to represent Sherman. Sherman was being accused of corruption.

He decided not to press charges against a crane owner whose crane crashed into a building and killed several individuals. Days after he refused to press charges, the crane owner donated a hundred thousand dollars to Sherman’s campaign. It was clear Sherman accepted a bribe. Sherman was the only one denying that and he resigned as District Attorney because he claimed he needed his hands free to fight the charges.

He wanted client/attorney secrecy and once he got it he told Chunk the full story of what happened all those years ago. It seems TAC accidentally helped a murder escape the charges. The murder killed his wife and child and he admitted after he won his case that he did it to Benny. And Benny nearly beat him to death for it.

Benny didn’t think he had anything to worry about a man who admitted to murdering his family. Only the guy press charges and Bull had to go to Sherman to beg him to spare Benny. Sherman did. He made the assault case against Benny disappear and Benny’s career and profile continued to rise. Things were different now because Sherman needed something. He held what he had over Benny’s head to get Bull to represent him and now they were facing a trial they could not win.

Sherman looked guilty. It also didn’t matter why his political foes opened an investigation into him as long as that investigation found something. Which it did. Sherman took a meeting with someone he shouldn’t have and he agreed not to press charges based on the conversation between them. And then days later, this person donates a hundred thousand to his campaign.

Bull and his team’s defense was that this a witch hunt. They were accusing the Attorney General of purposely setting up Sherman and this defense was helped by the fact one of Sherman’s deputies donated money to the Attorney General’s senate race. The guy who donated was ADA Kenneth Kiel. Kiel was the person who approached Benny about running for DA and so Chunk later called for Benny on the stand. He questioned Benny.

He asked him about Kiel and Benny revealed a private conversation with Kiel. Kiel bragged about getting Sherman out of the way. He said Sherman was too good and that he got in the way of all the money they could collect. Benny repeated this conversation. He also said he was dropping out of the race for DA and that he was actually going to run for Sherman’s readmittance as District Attorney.

The jury found Sherman not guilty. He later thanked Benny for helping him get off and Benny thanked him for that favor years ago. He found out about the favor from Chunk and that’s what convinced him to drop out of the race. And speaking of the race, the Attorney General is trying to distance himself from the conspiracy and so he’s filing charges against Kiel and others like him who betrayed Sherman to get him out of office.

Benny will go back to his position at TAC. His sister Izzy arranged for a surprise wedding with a judge and so she and Bull were married like planned and their loved ones got to be there for it.