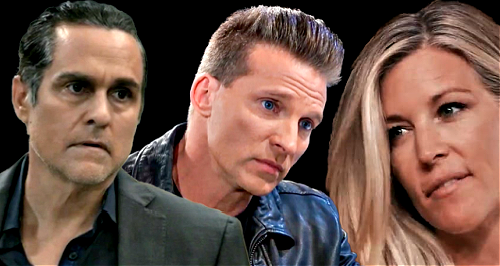 Some fans feel like Carly is already in love with Jason just based on her behavior. After all, Carly can get territorial when Jason grows closer to other women. There’s always a sense of jealousy since Carly wants her own bond with Jason to come first.

When you think about Jason’s return to Port Charles after his time in Russia, it was Carly who had the most emotional reaction.

Carly and Jason’s connection is beyond intense, so it’s always led to speculation that it ran deeper than friendship.

Of course, other fans see it more like a brother-sister relationship, but things could change no matter how you view this relationship.

Jason and Carly are on the verge of getting married, so it’ll inevitably affect their bond and could lead to romantic love developing.

Carly believes Sonny is dead, so there’ll be nothing to stop her from letting herself fall for Jason if she chooses to.

If Carly isn’t in love with Jason at this point, she might be once they’re a true married couple and officially sharing a life together.

However, we have to consider what might happen after Sonny comes back in the picture.

Carly may be conflicted since her relationship with Jason will have changed in so many ways. Plus, Sonny will probably still be battling amnesia – making it even harder for Carly to reconnect with him.

At the same time, Carly will surely be drawn to Sonny and want to get back to what they had on some level.

Carly certainly won’t be able to ignore her previous husband’s homecoming, so things could get pretty messy.

We may see a jumbled mess of emotions if Carly’s torn between Jason and Sonny after the latter’s PC comeback.

As other GH news becomes available, we’ll bring you updates. General Hospital spoilers say Carly has some big surprises ahead of her, so don’t miss all the action.

CDL will have tons of other great General Hospital spoilers, updates and news, so make us your one-stop source.