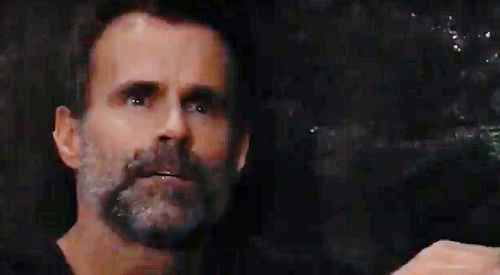 Jason Hasn’t Been The Same

General Hospital’s Jason has not been the same since his return from the Russian clinic when he came back to Port Charles. However, he was just as convinced that he was Jason as Drew was.

Jason would have come back to town guns blazing if he had been written true to character. Peter August (Wes Ramsey) would have never become the problem he is.

Jason has been written just like Lucky Spencer (ex-Jonathan Jackson) when it comes to seeing or doing things with his kids. Perhaps this is because he’s not Jason at all.

Jason Morgan Is An Essential Character

General Hospital’s needs Jason to work with Sonny Corinthos (Maurice Benard) and help with the business. Jason cannot easily be written out of the picture because of the connection to everyone onscreen.

If Burton exits the show, the simple solution would be to rewrite the reveal and make Drew the real Jason.

Current GH photos with Sonny, Carly Corinthos (Laura Wright), and Cameron add fuel to the rumors because Drew didn’t want anything to do with them and the business.

However, now that Drew has been working for Peter, perhaps his true nature is about to be unleased revealing him as Stone Cold Jason after all.

How Could This Rewrite Be Handled?

General Hospital’s Andre Maddox (ex-Anthony Montgomery) is the only person who knew the truth about Jason and Drew. The simple way to fix this is to have Maddox lie to save himself, or to truly be mistaken about their identities.

Perhaps Danny Morgan’s (Porter Fascullo) instincts were right all along when he was drawn to Drew’s hospital room.

Could the twist of the storyline be that Jason and Drew still aren’t who they think they are? Could the memory mapping have worked after all?

Burton promised he was here to stay this time when he returned to GH. However, Burton also could not foresee the events due to covid that have recently occurred in the world either.

Will Burton exit over new stipulations that were not a part of the deal when he originally returned? Only time will tell how this story plays out but Burton’s Jason surely hasn’t been the Jason fans know and love.

Be sure to catch up on everything happening with GH right now. Come back to CDL often for General Hospital spoilers, news, and updates.