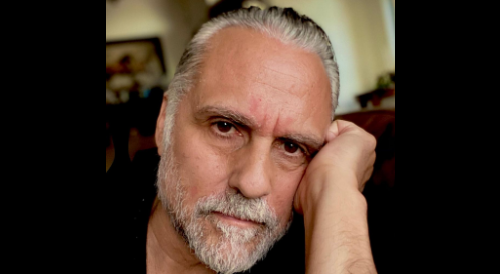 General Hospital (GH) spoilers tease that Sonny Corinthos (Maurice Benard) currently has no sense of who he is or where he’s from, and it doesn’t look like that’s going to change anytime soon.

As GH viewers know, Sonny is under the impression that his name is “Mike” and he’s staying above the Tan-O bar with Phyllis Caulfield (Joyce Guy) and Lenny Caulfield (Rif Hutton).

Well, as last week’s Friday episode, January 22, drew to a close, Sonny was busying himself inventorying the bar and doing a major cleaning overhaul on the place.

It didn’t take most viewers long to realize that Sonny was most likely having a manic episode due to his bipolar disorder. Intense energy and an active imagination are both signs of a manic phase, and it seems that’s what was going on with Sonny.

Sonny normally takes medication to keep his bipolar disorder and his moods regulated, so that he’s more even-keel. But now that Sonny is out of his element and doesn’t know who he is, he’s obviously off his meds and his mood swings are starting again.

Of course, a manic phase can be pretty productive in some situations, which would explain why Sonny’s so active and doing a million things right now.

But what happens when Sonny goes into a depressive mood swing? That type of situation would look very different, with Sonny experiencing levels of clinical depression.

Sonny might, for example, be unable to get out of bed or feel such overwhelming despair that that he could refuse to function. Or worse, Sonny could even become suicidal.

If Sonny does experience a depressive episode, then that’s probably going to really worry Phyllis and Lenny, and with her medical training, Phyllis would probably realize pretty quickly what “Mike’s” mood swings mean.

Of course, Lenny would probably argue that Sonny isn’t worth all the trouble, but Phyllis might want to get Sonny into see a psychiatrist to regulate his big mood swings.

And who knows – the manifestation of Sonny’s bipolar disorder could be one more clue that might lead him to be reunited with his family somehow.

Of course, depending on how things play out, Sonny could really hit rock bottom with his depression, which could explain the fact that Sonny will soon be sporting an unkempt beard.

Since depressed individuals often don’t take care of their own basic needs, we could see Sonny go through a period of self-neglect as he descends into a depressive phase.

Do you think that Sonny will dive into a depressive mood soon? Stick with the ABC soap and we’ll keep you up to speed on the latest General Hospital spoilers and news. Here at CDL, we’ve got you covered!