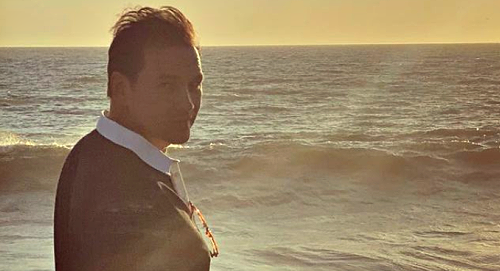 General Hospital (GH) spoilers reveal that Tyler Christopher (ex-Nikolas Cassadine) recently shared a heartfelt message, which gave the GH alum a chance to share how grateful he was to be home. Christopher doesn’t post on social media very often, so it’s always a treat when he posts a few pics and some updates on his current life.

It turns out Christopher is in Malibu again and that’s bringing him some happiness these days. Although Christopher has faced some struggles in the past, his latest post points to peace – and that’s certainly what fans want for him. Let’s look at what Christopher had to say on Instagram.

“Malibu sunsets, friends that are family, theatre and Sunday Service. Grateful to be home,” Christopher said in his caption. He put up a great pic of himself on the beach along with some other fun photos with several loved ones.

It’s nice to see Christopher doing so well and enjoying his life with the people he cares about.

Maura West (Ava Jerome Cassadine) noticed the pic and wanted to chime in since Christopher looked so happy. “I love to see that smile,” West said.

West’s support no doubt means a lot to Christopher, who definitely still has plenty of support from GH viewers, too.

Marcus Coloma has made the role of Nikolas Cassadine his own, but Christopher left his mark as Nikolas and will always be remembered for his incredible work.

Of course, many soap fans would like to see Christopher return to daytime TV at some point – whether it be on General Hospital, Days of Our Lives or perhaps even on the cast of The Bold and the Beautiful or The Young and the Restless.

Christopher is an excellent actor who has worked hard to conquer some personal issues, so maybe he could score another chance in the world of soaps at some point.

Regardless, it’s good to see Christopher relaxing on the beach and enjoying himself in the meantime!

As for what’s next in Port Charles, General Hospital spoilers say shocking news will strike in several storylines as the drama heats up this fall.

CDL’s where you want to be for thrilling soap spoilers, updates and news, so stop by frequently.