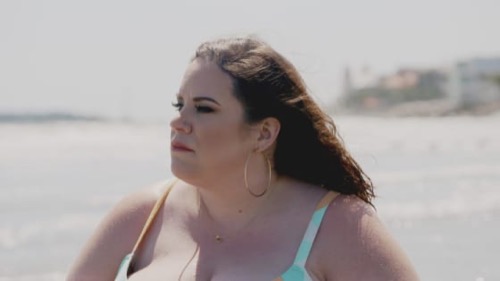 In tonight’s My Big Fat Fabulous Life season 9 episode 5 called, “Vaxed And Waxed”, as per the TLC synopsis, “Whitney and her friends begin to doubt the French man’s intentions after a revelation at the big girls’ retreat forces her to acknowledge the similarities between him and a man in her past; she must decide if she will give him a chance or not.”

In tonight’s My Big Fat Fabulous Life episode, Ashley and Whitney are still on your week-long retreat. Today they are biking. Ashley and Whitney are sharing a trike. They have fun traveling through the island. Whitney cannot stop thinking about her French man though. She brought up the meeting and he acted strangely about it. A car drives by just then and tells one of them to get out of the road “fattie.” The girls are annoyed. They are just trying to have fun.

Back at Whitney’s, Todd and Heather check in on the animals. They talk about how the animals are a handful and need attention. They discuss Whitney’s trip and then wonder about the French man and his motives. Todd is very apprehensive. Heather wonders what he could even gain from trying to con Whitney if he is. He is so far away.

That night Whitney and the ladies twerk in the pool and swim. Both Ashleys are a bit shy and do not want to twerk. The next morning, Whitney calls her parents. She wants to start gutting a room in their house on the first floor since they have both had recent falls. They want to do it but not yet.

She talks about going on vacation as a family. He likes that idea. Later, Whitney and the ladies head to the outside and meditate in a field. After they discuss letting go of negativity and how they have changed in the past year. Whitney feels like she has changed a lot. Not only was she engaged and is now not she has changed her mind about weight loss surgery.

The next day, the ladies all get together for their bathing suit photo shoot. As they take couple of shots they discuss the beach and their love lives. Whitney learns Whitney brings up a man named Avi who she dated. Rebecca shares that she too spoke with Avi by Facebook. He messaged her but Rebecca didn’t want to share that they knew each other because she wanted Whitney to be comfortable. Avi was a master manipulator.

Whitney is upset. She doesn’t know how she didn’t know about Avi then and now that may be affecting her site with the French man. Whitney goes for a walk. She just wants to think. Rebecca catches up to her. They talk. Whitney vents.

The ladies go to their dinner. Whitney reveals she is going to stop trying with the French man. Look at what happened to her with Avi. She reveals she doesn’t trust herself.