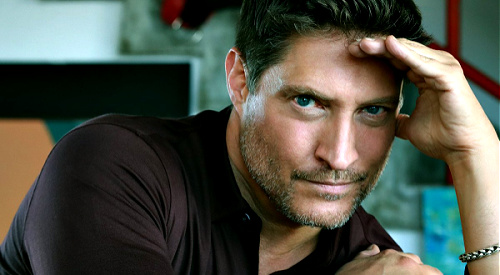 B&B fans know things have been swimming along just fine in Hope and Liam’s marriage lately. Ever since Liam got out of jail, he’s been content to enjoy domestic life with Hope and focus on living their happily ever after.

Of course, B&B loves to pop blissful bubbles and that’s why Deacon is reentering the picture. Deacon will provide some much-needed “Lope” conflict and give this couple a new storyline.

The trouble will begin when Hope confesses to corresponding with Deacon through letters to and from prison.

Liam may argue that if Hope felt the need to hide this from him, that should tell her something.

If Deacon encouraged the deception, that could make matters even worse.

Naturally, Hope might contend that she just didn’t think Liam would understand or be open-minded about the communication. She’ll be right since Liam won’t like the sound of this at all.

From where Liam’s standing, it’ll seem like Deacon has been manipulating Hope and playing with her emotions.

Since Hope apparently started exchanging these letters around the time of Beth Spencer’s (River Davidson and Madeline Valdez) “death,” Liam might think Deacon took advantage of her pain.

Liam might act like Hope dropped her guard while she was vulnerable and let Deacon exploit how broken she was.

Liam won’t be pleased over Hope encouraging Deacon to communicate with her. He’ll feel like Hope’s been giving Deacon a reason to think he could be part of her life and the kids’ lives.

Hope won’t see why that isn’t possible, so it’s easy to see how Liam will land in a situation that’s similar to Steffy Forrester’s (Jacqueline MacInnes Wood).

Steffy didn’t approve of John “Finn” Finnegan (Tanner Novlan) communicating with Sheila Carter (Kimberlin Brown) and wouldn’t like it if she knew about Sheila’s continued texts.

Steffy views Sheila as dangerous, but Finn believes there may be more to Sheila than her crimes. That’s exactly how Hope will feel about Deacon, but Liam will think the wool’s being pulled over her eyes!

The Bold and the Beautiful spoilers say Liam should have a chance to unleash his wrath on Deacon in person soon enough.

CDL will have other sizzling Bold and the Beautiful spoilers, updates and news, so visit us often.