The Young and the Restless Spoilers: Adam’s New Woman – Needs Love, But Not from Sharon or Chelsea?

BY Heather Hughes on May 3, 2021 | Comments: Leave Comments
Related : Soap Opera, Spoiler, Television, The Young and the Restless 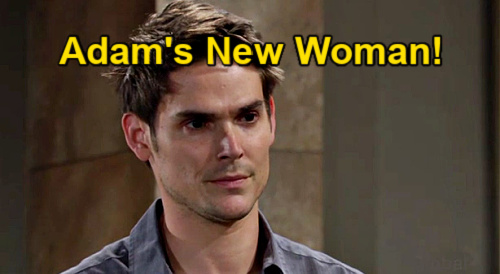 The Young and the Restless (Y&R) spoilers tease that Adam Newman (Mark Grossman) is stuck in a difficult position when it comes to his love life. Adam obviously cares for Chelsea Lawson (Melissa Claire Egan) as the mother of his child and someone who stood by him through some difficult times.

Even now, there’s some love left in Adam’s heart since he doesn’t entirely blame Chelsea for setting him up.

Adam has a magnetic connection to Sharon Rosales (Sharon Case) that he can’t quite explain. No matter how hard Adam tried to convince himself Chelsea was the woman for him, he felt that familiar pull to Sharon.

Of course, Sharon seems to have reached a place in her life where she values stability over almost anything else. Sharon feels that pull as well, but she’s been through a lot due to her previous cancer battle and now she’s facing some medical ordeals with Faith Newman (Reylynn Caster).

Being with Adam means upheaval, but Rey Rosales (Jordi Vilasuso) is a calming source of security. The safety Rey can offer is appealing at this stage for Sharon, so she’s fighting her feelings for Adam and may continue to do so.

Even after Adam is cleared, it’s tough to imagine Sharon just running into his arms and embracing a future together. The Young and the Restless spoilers say Sharon and Adam might get a new chapter at some point, but it seems like they’ve both got some things to work out on their own first.

This could be a good opportunity for The Young and the Restless to cast someone else for Adam – a new character who could offer a true clean slate.

All it would take is for Adam to hit it off with some mystery woman who just moved to Genoa City. It certainly wouldn’t hurt to have another actress in the mix who’s in Adam’s age range.

The Young and the Restless spoilers say Adam has bounced between Chelsea and Sharon for far too long. After that vision featuring both women, Adam understood how much harm he’d inflicted with his waffling. Adam needs love, but perhaps not with Sharon or Chelsea.

Even if Adam just finds a new bedroom buddy to help him stop this flip-flopping pattern, it’d be a good thing. The Young and the Restless has some shocking twists and turns ahead for Adam, so stay tuned to see if a clean slate in the romance department might be one of them.