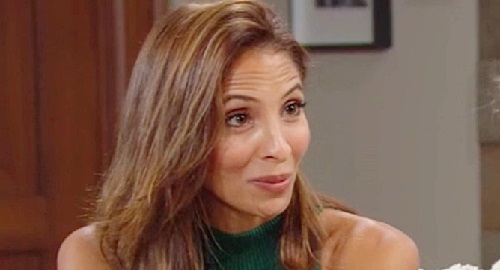 The Young and the Restless (Y&R) spoilers for Friday, December 3, tease that Victor Newman (Eric Braeden) will light a fire under his enemies while Lily Winters (Christel Khalil) makes a bold move. A major bidding war will begin thanks to Jill Abbott (Jess Walton), so let’s talk about what’s ahead.

For starters, Victor and Adam Newman (Mark Grossman) will reconvene for a strategy session. After Adam shares that Jill wasn’t very receptive to his attempt to talk business, Victor will think they’d better get ready for battle. He’ll hope they can still pull off a win if they work fast on their next tactic.

As a result, Victor will apply some serious pressure and turn up the heat on his current rivals. Since Victor is the kind of guy who leaves sentimentality out of business deals, Victoria Newman-Locke (Amelia Heinle) is indeed an enemy on some level here.

Although Victor won’t be terribly upset at the thought of Victoria and Ashland Locke (Richard Burgi) doing something good for Newman-Locke, there’s always going to be something deep inside Victor that wants to win! The same goes for Adam, so they’ll be a fierce team on Friday’s exciting show.

ChancComm would be a great score for Newman Media, so Victor will move quickly and fuel his adversaries’ desire to do the same. Jill will refuse to sell ChancComm at some deep discount, especially since all parities involved desperately want to come out on top.

Y&R spoilers say Jill could make a pretty penny – perhaps far more than ChancComm is worth under the circumstances. In the meantime, Lily will tackle a new challenge. It sounds like Lily will formally accept Jill’s offer to run Chancellor Industries and hope Billy Abbott (Jason Thompson) can find a path forward, too.