The Young and the Restless Spoilers: Tuesday, December 7 – Chance Loses It – Ashley & Victor’s Deal – Nick Out in the Cold 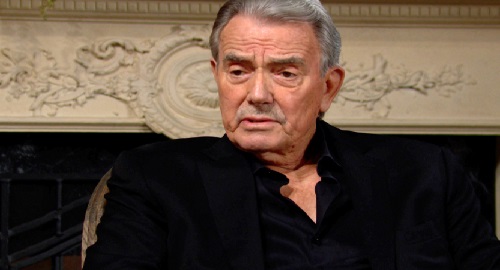 The Young and the Restless (Y&R) spoilers for Tuesday, December 7, tease that Chance Chancellor’s (Conner Floyd) anxiety will skyrocket while Ashley Abbott (Eileen Davidson) and Victor Newman (Eric Braeden) strike a deal. Nick Newman (Joshua Morrow) will also feel left out in the cold, so here’s what Y&R fans can look forward to.

At Chance’s welcome home party, he’ll shake plenty of hands and get many overjoyed hugs. Although Chance will appreciate the opportunity to see everyone again, it’ll be a lot to take in. All eyes will be on Chance, so that’ll be uncomfortable for a guy who was recently undercover and then in hiding.

Chance’s mind may wander to his friends and colleagues that perished in the explosion. Perhaps Chance will feel guilty for celebrating when those men will never go home to their own families. Chance will try to put on a brave face, but his anxiety will build and make the night increasingly difficult the longer it goes on.

There might even be a moment or two when Chance has to collect himself to avoid having a panic attack. Abby Newman-Abbott-Chancellor (Melissa Ordway) may ultimately pick up on how overwhelmed Chance is, but he’ll do his best to downplay it and try not to let everyone down.

As for Victor and Ashley, they’ll strategize and reach an agreement on Tuesday’s episode. That could involve a plan to help Chance if they also realize something’s wrong. Then again, Ashley and Victor might have some other deal to strike, but the point is Abby’s parents will team up!

Although Nick will eventually show up to support Abby and Chance, he won’t be thrilled about it. Nick will continue to feel like he’s on the outside looking in when it comes to his own family.

There’ll surely be tension for Nick, Victor and Victoria Newman-Locke (Amelia Heinle), but everyone will agree the focus needs to be on the guest of honor. Even if a fight or two breaks out, the drama should be kept to a minimum.