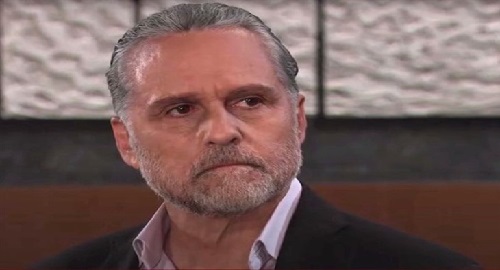 GH fans know Michael is becoming more furious with Sonny every day. It’s baffling that Sonny’s involvement with Nina Reeves (Cynthia Watros) is what pushed Michael over the edge, but he’s indeed reached his breaking point – and the next phase of this story could get ugly!

Michael isn’t willing to overlook Sonny’s mistakes anymore and wants to reclaim the Corinthos name. Although Dante Falconeri (Dominic Zamprogna) would prefer for Sonny and Michael to sort out their issues, he’d settle for Michael leaving Sonny alone if that can’t happen.

Dante just doesn’t see why Michael has to trash Sonny to achieve his goals. However, Michael was adamant that it wasn’t enough to rise to the top. As part of Michael’s vision for the future, he also wants Sonny to fall.

Michael insisted he was going to take everything from Sonny and clarified that he meant ripping away every last shred of legitimacy. “And the next time the PCPD comes calling, he’s not going to have anywhere to hide,” Michael warned in the May 13 episode.

We really need to take a closer look at what Michael’s promising because it’s honestly dangerous for the whole Corinthos clan. With all that talk of taking away Sonny’s legitimacy, it sounds like Michael won’t stand for all this coffee importer talk anymore.

Since Michael brought the cops into his war declaration, doesn’t that open the door to Sonny’s arrest? Michael said there’d be nowhere to hide from the PCPD, so he clearly wouldn’t mind if Sonny got locked up.

Of course, this seems cruel since Michael is only thinking about himself. What about Avery Corinthos (Ava and Grace Scarola) and Donna Corinthos (Ava Rose)? Is Michael just going to send their daddy to prison?

Leaving two little girls fatherless to prove a point seems ridiculous. Not to mention this could leave Sonny’s organization without a leader and put the Corinthos family right back in danger – just like when Sonny was presumed dead.

Michael is acting like a whiny, spoiled brat, but his actions could have very real consequences. We get why Michael would be angry with Sonny for siding with Nina and hurting Carly Corinthos (Laura Wright), but Michael may mess around and unleash a total Corinthos crisis.

At the very least, Michael could make some bold moves that’ll be tough to come back from. Sonny’s going to be furious once Michael ups the ante against him, so this could indeed turn into quite the battle.