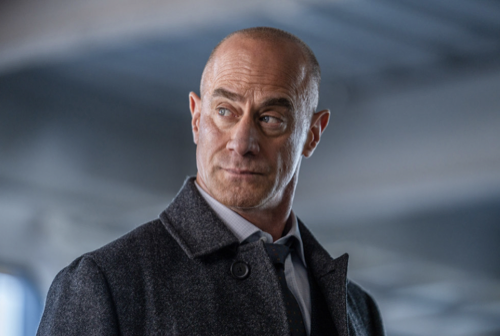 In tonight’s Law & Order Organized Crime episode, someone hacked a federal financial system. The chief suspect was McClane because he was still at large and unfortunately he was under the employ of Richard Wheatley. Wheatly could have stolen billions if not trillions within the breach. But the feds won’t admit. They didn’t want to create a panic in the markets and so they will never admit to a breach much less if anything was stolen. Sergeant Bell’s people could only theorize what happen. It’s the same for McClane being in Wheatley’s employ because they have no concrete evidence to prove it. Bell couldn’t go to bat for Detective Stabler when they got called in to testify to McClane’s escape and so she didn’t put much in theories.

Stabler tried to tell them. He tried to tell everyone. He said Wheatly was the biggest threat there is and the bosses ignored him. They thought him a man pursuing a grudge. It didn’t matter that McClane was last seen at Angela Wheatley’s apartment or that he left in her car. Something she claimed she was stolen, but her connection to McClane was enough to get a warrant to monitor her movements and that’s when they learned something important. Wheatley wants to get back together. Angela was refusing him so far. She doesn’t want to get remarried or sleep with him. She was refusing and he was getting ideas.

Wheatley thought she was seeing someone else. He told her to end it with whoever it is. He also put a knife to her threat when he told her that she wasn’t allowed to sleep with anyone else and so the team learned through their surveillance of Angela of Wheatley’s extreme jealousy. Stabler decided to use it. Stabler asked a member of his team to get one of Angela’s panties. One detective refuses to do it because it goes against the parameters of the warrant and the other said he would do it. Stabler didn’t run this by Bell. Bell had an anniversary with her wife and she went to the dinner expecting to see her wife when she was in fact ambushed.

Bell instead met with Governor Garcia. He wanted to speak with her because he was “concerned” about Stabler’s well-being and he was only bringing up his concerns because Wheatley had planted the idea in the man’s head. Like, he was a governor. He should have seen right through Wheatley and he hadn’t because he was so set on finding McClane. The governor has it out for the hacker. He was even ignoring the recent market plunge. Somehow, it had gotten out about the breach. It sent the market into the biggest dip they’ve ever seen in American history and Wheatley was exploiting it to make more money.

They didn’t even steal anything in the breach. They just did it in the hopes of crashing the markets and that’s what they did. Wheatley was getting rich, but he was still obsessed with his ex-wife and Stabler played into it. Stabler sent a sexy photo of himself to Angela. He did this knowing that Wheatly was secretly checking her laptop and searching for evidence of her sleeping with someone else. It also didn’t help that Stabler later asked to meet up with Angela. The two went to dinner and had wine. Stabler made sure to put on a show for Wheatly because he knew Wheatley was watching them.

Detective Cho was against the idea of making Wheatley jealous. She thought Wheatley was unstable. She saw the footage of him putting a knife to his ex-wife’s throat and she thought by making Wheatley even more jealous that they were putting Angela’s life in danger. Stabler said that Angela could handle herself. After they had dinner, Wheatley embarrassed her in front of her colleagues as well as her co-worker. He basically kidnapped her. He brought her back to his secret warehouse where he manhandled her. McClane saw it. He tried to step in to help and Wheatley almost killed him for it because he said that no man touches his wife. Not even to help her get back up after she’s been pushed down.

Angela stopped her ex from killing McClane. Which turned out to be a problem for Wheatley. McClane has been leaving behind a digital footprint of everything he’s done for Wheatley and he called Stabler directly to tell him about it. He also said he was no longer turning himself in. He was having fun by handing out millions to the needy and deserving. Jet also figured out the password to Wheatley’s files. It was unfortunately the day that Stabler’s wife was murdered. Stabler flipped out when he heard that and he attacked Wheatley. He even showed Angela’s underwear to him to let the thought that he slept with Angela plague Wheatley.

The two men got physical with each other and it ended with Wheatley saying that he will always be in Stabler’s head.

But Stabler was forced to go to therapy and he asked the therapist to let him bring Wheatley to justice in two days before the therapist demands his gun and badge.