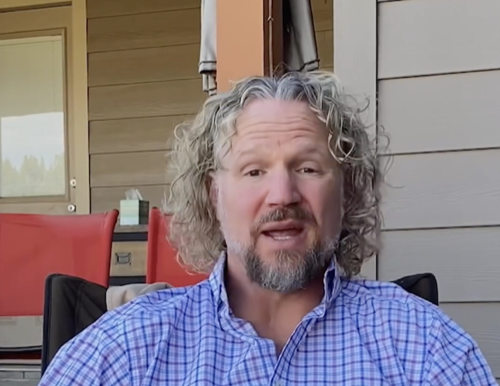 Meri feels hurt when Kody suggests she move away to run the bed and breakfast full time. Then, the family reunites for Ysabel’s graduation party with a bittersweet celebration.”

Kody is dealing a lot with Christine. But he has things to deal with. Janelle has bought an RV so he needs to help her move it. He bought a used truck to pull the RV. Robin isn’t thrilled about this.

Kody tells Janelle he hates having a truck he will hardly use. She tells him she will use it. He doesn’t like this idea much. They get to talking about where she plans to put this RV. She has to move it every 120 days per city code. She is willing to work through this but Kody is now angry because this is all becoming a headache. He tells her she needs to talk to the other wives about using their land. They head to Coyote Pass with the builders to see what she should do. Kody picks up on Janelle’s method, she is forcing them to finally start building. The only problem is they need to finish paying for the land. Christine wants nothing to do with any of this and the land.

Meri is also dealing with a lot. His mother died suddenly and she was running the B&B. Meri shut down the business so she could grieve. After some time, Kody tells Meri she should move to the B&B and run it. Some of the other wives think this is insensitive. Meri is upset because of what Kody said. She started this family. He shares that this was just a solution. He wasn’t trying to push her away.

Meri cannot deal with any of this anymore. She has been trying day to day. She doesn’t know how this will go. Meanwhile, Kody and Janelle are going to see the RV. Janelle doesn’t want him to film them seeing the RV because she bought it sight unseen.

Kody heads to Coyote Pass to get rocks and pipes put down for drainage so Janelle can put her RV on the land. Kody isn’t happy because this is money they don’t have but it has taken his mind off of his divorce.

Christine is throwing a party for her daughter who is headed to college in North Carolina. She is mad that Kody hasn’t offered to help prepare the party. It was just 2 weeks ago Christine announced she was leaving. This party should be hard in some ways for all of them. Kody shares with the camera that he is in a funk and bitter toward his family right now.

At the party, they all do their best to be one big family again. Some of the kids feel good about having the whole family there like in old times. Christine and some of the kids sing a song to Ysabel while sharing pictures. Some of the family gets weepy. The family eats and drinks, having a nice time. There is an air of sadness looming as they all know Christine is leaving and their family will never be the same.