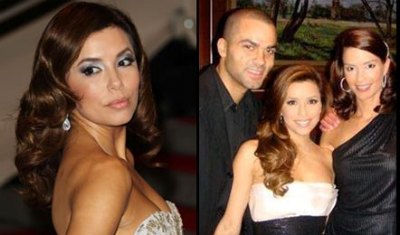 Before Eva Longoria shocked us all by filing for divorce from husband, Tony Parker, she reportedly confronted the “other woman” in their relationship. Three’s a crowd!

Tony was said to have had a sexting relationship with his teammate’s wife, Erin Barry, but never admitted to anything physical. Eva went face-to-face with Erin, confronting her after considering her a close friend.

A source said, “She had to find out for herself if Tony had betrayed her with one of her own friends.” Reportedly, she tracked Erin down and had it out with her in a parking lot at the airport.

The source added, “Eva wanted to look into Erin’s eyes to ask her if she had been sleeping with Tony.”

Oh snap! You really can’t blame her for that!

On the other hand, we’re hearing that Tony’s mistress count is now up to seven. He’s the next Tiger Woods!