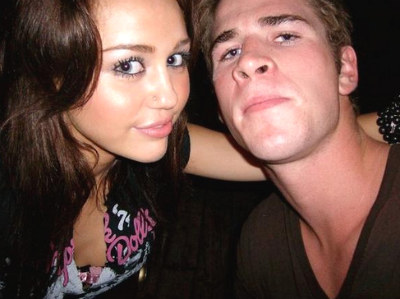 Even though Liam Hemsworth was already rumored to be flirting with an older woman and Miley Cyrus was said to be hooking up with her LOL co-star Adam Sevani, he wants her back!

Liam is telling his friends that he’s still holding out for a reconciliation with Miley. Given that she’s probably the best thing to happen to his career, I would fathom a guess that he would want to get back together.

A friend of the former duo said, “Although the relationship is over now, it doesn’t mean it is over forever. There might be a chance of rekindling their romance in the future. They both are of the mindset that if it’s meant to be, it will be. Liam was into the relationship a lot more then she was. He liked being exclusive. He was serious about her and wanted to make it work. She still has strong feelings for Liam, but she still is very young and currently is career driven. She knows this is her time to shine career-wise and that love will come whenever she wants it. She was a lot busier than he was, and distance also played a role in the break-up.”

Do you think they should get back together? Did you like them as a couple? I always thought he was way too hot for her, but that’s just my humble opinion. Thoughts?