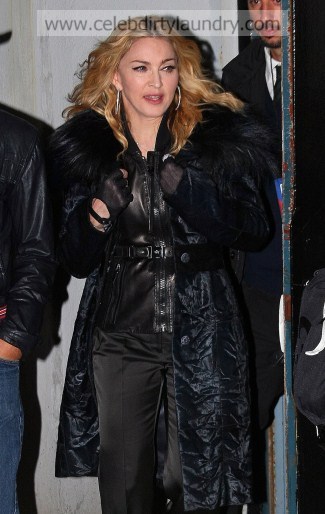 Research shows the ‘Celebration’ singer topped a list of artists based on airplay on radio and TV and public performance – such as in pubs, clubs and shops – between 2000 and 2009.   Madonna was the only solo female singer in the top ten and one of only three artists not from Britain.   Despite splitting in 1970, 30 years before the research – by company PPL, which collects royalties on behalf artists – began, The Beatles proved their longevity by being the second most played artists of the decade.

Robbie Williams beat his former Take That bandmates to third place, leaving the reformed boy band in fifth place, behind Queen.   The only group formed within the decade to chart in the top ten was girl group Sugababes, who came in sixth.

PPL chairman Fran Nevrkla said: "It is an accurate and democratic reflection of the most popular artists of the last decade, based both on what radio and TV programmes have chosen to broadcast in that time, as well as what people have been hearing in public venues.”   Last December PPL found the most played song of the last decade in the UK was ‘Chasing Cars’ by Snow Patrol.   Photo: Fame Pictures