Michael Jackson: The Greatest Star – The Gentlest Giant – He Burned the Brightest – We’ll Always Miss Him

Michael Joseph Jackson – to know him was to love him – he was the only modern superstar who needed no hype – no team of pushy loudmouths to bang the gong for him – in fact his greatness was such that he had to devote more resources to getting a bit of privacy than other top stars do to keep their names in the news.  Whatever your personal cup of tea, Michael Jackson provided an opening for everyone to love his music.  From kids to grandparents – white or black – Asian or American – women or men, gay or straight, MJ drew everyone towards him. Why? because his music was great – plain and simple.

I saw the movie "This is it" in which a documentary style production shows Michael getting ready for the last global tour that he never managed to perform. Whatever one thought of MJ, if you see this movie you will know that he was a great musical/performance genius.   He won me over with his pure talent and grace. I saw James Levine conduct "Le Contes D’Hoffman" by Offenbach at the Metropolitan Opera without reference to a single sheet of music and I was moved and shocked by such superhuman talent.   Well in the film I mentioned above Michael Jackson’s performance is even more startling. From the choreographic detail through the singing and even as far as the instrumental subtleties Michael’s complete mastery and ability to communicate it to the diverse cast performing the show surpasses any musical display of pure talent I have seen. 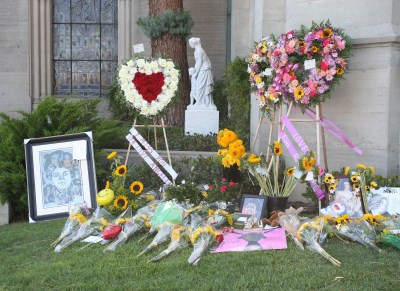