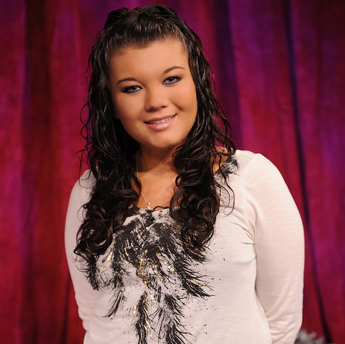 Teen Mom Amber Portwood, 20, has been charged with four counts of felony and two counts of domestic battery after a video was leaked showing her smacking the crap out of her ex-fiancé, Gary Shirley.  She was previously charged with two counts of domestic battery but the prosecutor decided to up those charges.  If she is convicted she can get three years in jail and fines of up to $10,000.

Radaronline further reports:  Amber Portwood was formally charged by the Madison County Prosecutor’s office with three Class D felonies– 2 counts of domestic battery and one count of Neglect of a Dependent – as well as one misdemeanor charge of domestic battery. The charges were filed December 27th, 2010.

This girl is right out of a Jerry Springer episode.  Amber does not even care about the presence of cameras it does not affect her out-of-control abusive behaviour.   Will Amber have to go to jail or will she get a slap on the wrist?  Meanwhile rumors have been circulating Amber is pregnant again – however she said in a statement she is absolutely NOT!