Stars Whose Loved Ones Turn Into Vampires 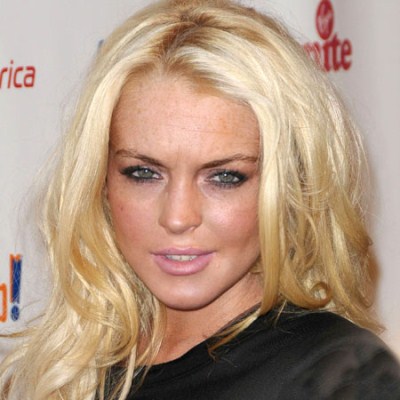 What happens to stars whose parents or lovers turn on them and begin to use them; use them for their wealth or their fame and leave them struggling psychologically often with substance abuse habits and/or extreme sexually promiscuous behavior?   In short, these people who are abused by their nearest and dearest can often become psychologically scarred and often dysfunctional.

What do Lindsay Lohan, Mike Tyson, Michael Jackson, and Gary Coleman have in common? Like many non-famous people in similar circumstances, they all have/had substance abuse issues and sexual pathologies. What these people share is a person (or persons) in their life who was supposed to be a source of support and love, who turned out to be an abusive user. Our analysis of the situation suggests this abusive behavior crushed the star and helped set them off on the road to destruction.

Mike Tyson had the gold-digging bitch from hell, Robin Givens as a wife for barely a year. During that time Givens cruel abuse of sensitive and manic depressive Mike caused him to attempt suicide by driving his BMW at high speed into a tree. Luckily for Mike his hard head and extremely powerful physique saved his life, but he was soon divorced from Givens. Givens only wanted Mike for his fame and wealth – she ridiculed him, would not allow him to hang around with her friends and in general looked down upon her husband. Mike was a very weak person who needed love and guidance – but what he got was the opposite – he married someone who made him feel even worse about himself then he already did. Following his divorce came his absurd rape conviction and a whole host of other calamities that should never have befallen a man who was perhaps the greatest natural talent in boxing history.

With Michael Jackson everybody knows how bad his father Joe Jackson is and was, using and abusing Michael as much as possible to provide himself with an opulent lifestyle. Michael’s well known later problems with questionable sexual proclivities and blatant and fatal drug abuse can largely be laid at his father’s door.

Gary Coleman got it from both parents who outright robbed the talented and charismatic little fellow who should have been wealthy, but always struggled financially and emotionally with a terrible self image. Clearly he got the short end of the stick when it came to loving and nurturing parents. Every child needs love and support, but especially one like Gary who was very short and suffered from serious congenital disease. Instead he had parents ripping him off and this played a major role in contributing to his personality disorder which essentially ruined his adult life.

Lindsay Lohan is the perfect example of a child who had no hope of enjoying a healthy life. As a child star, Lindsay was in an extremely vulnerable state, exposed to the trappings of fame and wealth that can be difficult for adults to handle, let alone a young girl. Lindsay’s mother goes out partying with her substance abusing daughter – can you believe this?

Imagine having a child who is abusing coke, speed, booze and other drugs and has been arrested for the same and yet her mother still goes out partying with her as soon as she gets out of rehab! What sort of mother is that?  Her father, Michael Lohan, is strictly a no-talent bum who did years of jail time for insider trading and has a history of infidelity and violence. Michael continues to use Lindsay to get his name in the news and himself inside doors that would otherwise be closed to him. He is a frustrated actor who spends lots of public time pretending to care about Lindsay, but in fact is nothing but a total leech. Lindsay even has a restraining order against this moron.

Michael is still insider trading – but now its by using his knowledge of Lindsay’s life to charm organizations like TMZ – he has no regard for his daughter’s wishes at all. He must be the most useless father of any star ever.

Our perception is that child stars (and stars in general) are fragile beings, who require even more love and caring than non-artistic children because they live such an emotional roller-coaster existence, complete with access to drugs, money and power. When these people are let down by parents or loved ones who use them for their stardom, the consequences tend to be horrific.

Article first published as Lindsay Lohan and others – When Parents and Lovers Turn Vampire! on Technorati.