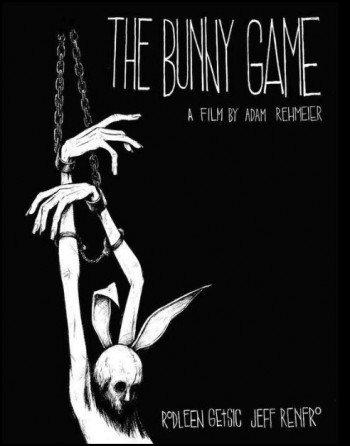 Imagine just how horrifying the horror movie ‘The Bunny Game’ must be in order to be banned by the British Board of Film Classification (BBFC) in 2011 – a time when anything goes. These days, when the obscenification of everyday life (Martin Amis, ‘Yellow Dog’) has become the norm it takes some pretty gruesome goings on to get a film totally banned.

‘The Bunny Game’ directed by Adam Rehmeier and starring Rodleen Getsic will not be given a certificate for release in the UK, either in theatres or on DVD, because of the graphic scenes of sexual and physical abuse. The film can be shown legally in the USA.

This makes it the 17th film that has ever been prevented from being shown in its full and original version in the United Kingdom. Other films to be censored right out of theaters include ‘Battleship Potemkin,’ ‘The Wild One,’ ‘The Exorcist,’ The Texas Chainsaw Massacre,’ and ‘A Clockwork Orange.’

The movie’s plot focuses on the terrifying ordeal of a drug addicted prostitute who is kidnapped by a truck driver and tortured – the scenes are “unacceptable to the public,” according to the BBFC.

In a statement, the BBFC said: “The principal focus of ‘The Bunny Game’ is the unremitting sexual and physical abuse of a helpless woman, as well as the sadistic and sexual pleasure the man derives from this.”

The ‘Bunny Game’ director Adam Rehmeier admits he is shocked by the BBFC’s decision.

The Board’s ban follows its decision to initially ban ‘The Human Centipede II (Full Sequence)’ earlier this year because of its graphic scenes of sexual degradation and surgical torture.

However, the movie was eventually given a release rating after 32 cuts were made in total, totaling two minutes 37 seconds of film time, by the director Tom Six.

We haven’t seen ‘The Bunny Game’ but we have no doubt that it must be really horrifying.