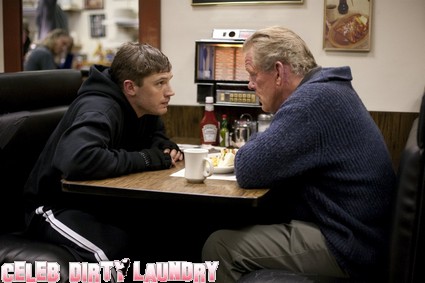 If you have been visiting Celeb Dirty Laundry you know we are super excited about the release of Gavin O’Connor’s Warrior.   We have had two previous sneak peeks for you: one called ‘Tesse Finds Out’ and the other was the first trailer for the movie.  We have another sneak peek for you this one is the TV spot for the movie.  The movie is creating a lot of buzz and early reviews are saying it is absolutely incredible.

The movie is set to be released September 9th, 2011 but there will be a sneak preview screenings of Warrior all across Canada on Sunday, September 4th at 7pm., five days before the film hits theaters the following Friday. To get tickets, fans can go to http://www.tinyurl.com/WarriorCDN

It’s a FANTASTIC film for both men and women, it’s getting nothing but positive buzz.

Synopsis:  The movie is about an ex-Marine who is haunted by a tragic past, Tommy (Tom Hardy) returns to his hometown of Pittsburgh and enlists his father (Nick Nolte), a recovered alcoholic and his former coach, to train him for an MMA tournament awarding the biggest purse in the history of the sport.  As Tommy blazes a violent path towards the title prize, his brother, Brendan (Joel Edgerton), a former MMA fighter unable to make ends meet as a public school teacher, returns to the amateur ring to provide for his family. Even though years have passed, recriminations and past betrayals keep Brendan bitterly estranged from both Tommy and his father.

But when Brendan’s unlikely rise as an underdog sets him on a collision course with Tommy, the two brothers must finally confront the forces that tore them apart, all the while waging the most intense, winner-takes-all battle of their lives.

Check out the trailer!