Charlie Sheen’s Dad And Brother Stick Up For Him 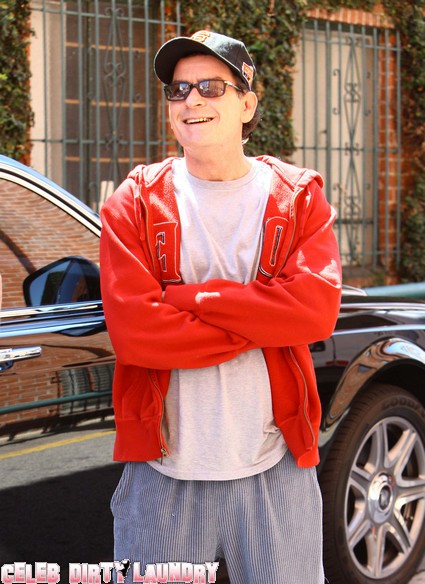 At least his family still loves him – and that’s got to be better than nothing even for Charlie Sheen.  Charlie is used to buying his love these days – usually by hiring prostitutes to serve as his ‘goddesses.’

While both Martin Sheen‘s acting sons, Charlie Sheen and Emilio Estevez have struggled with addiction and personal problems throughout their career, it is Charlie who is ‘troubled’ one now.

Emilio is happy to report that his brother is doing much better.  ‘He’s a different guy. He’s a completely different guy,’ Estevez told Kit Hoover and Billy Bush on Access Hollywood Live.

‘He’s got his voice back. And I think he’s got his focus. He’s on a new show and he’s gonna be roasted by Comedy Central – which I think is going to be hysterical. I think that he’s really got it together. And he’s very excited about the crew of the show he’s putting together.’

The new show refers to the TV adaptation of ‘Anger Management’ that Charlie has signed on to star in and produce.

Good luck Charlie – lucky for you your brother is not a ‘Good Time Charlie.’