Dr. Conrad Murray To Be On House Arrest If Convicted? 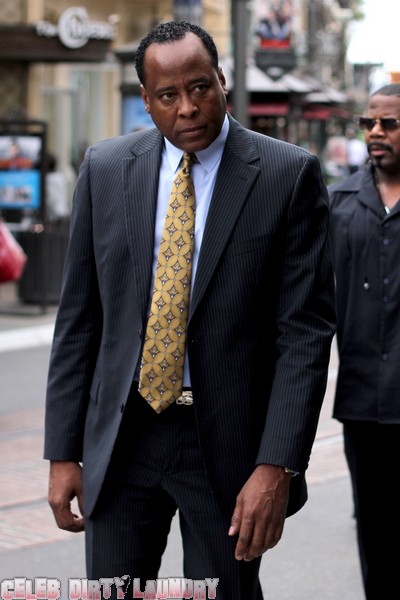 Things aren’t looking good for Dr. Conrad Murray in the manslaughter trial of Michael Jackson. The Prosecution has called several doctors who are saying that Dr. Murray was grossly negligent in the care he provided to the late King of Pop.

If convicted, the doctor faces up to four years in state prison, but we’ve learned that he could end up on house arrest! How is that even possible?!?

According to TMZ, a new law went into effect in California on October 1st, that says that people who are convicted of non-violent felonies cannot be sent to State prison. Instead of that, they would be sent to county jail to serve out their sentences, because of overcrowding.

As for how much time Murray would serve … L.A. County Sheriff’s officials tell TMZ … Murray would be jailed for half the actual sentence. So if he gets the max — 4 years — he would only serve 2.

But there’s a twist … Murray could actually serve way less than 2 years. Because of severe overcrowding, inmates are eligible for house arrest, based on 2 factors — their prior criminal history, and risk to the community. Murray has a clean record and, as one law enforcement official put it, he poses no risk … it’s not like he’s going to go out with a bottle of Propofol and kill people.

So, due to overcrowding that the jail, he could be placed on house arrest and fitted with an electronic ankle monitoring device. Of course, he won’t get off without ANY jail time, he would have to serve some time before being sent home.

Have you been following the trial? Do you think he’s guilty? Sound off in the comments!