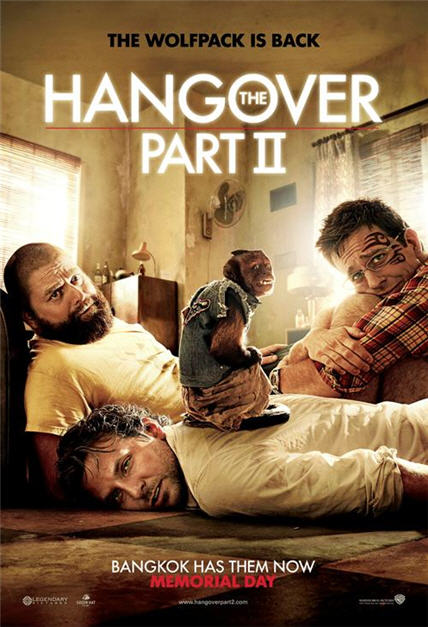 The Hangover Part II trailer has recently been pulled from theaters.  Supposedly the R-rated movie made their trailer a little too risqué, so it was deemed inappropriate for audiences of all ages. The trailer has been removed for now, and the revised version will return to theaters on April 15.

The part in question comes at the very end. It includes a monkey they somehow got the night before nibbling on a water bottle that Allen has stuck in a man’s pants on a train. Allen says, “When a monkey nibbles on a wiener, it’s funny in any language.”

Warner Brothers said that, “In our haste to meet the placement schedule for this trailer, we failed to properly vet the final version with the MPAA. We acted immediately to correct the mistake and removed the trailer from screens.”   The movie is set to release on Memorial Day.