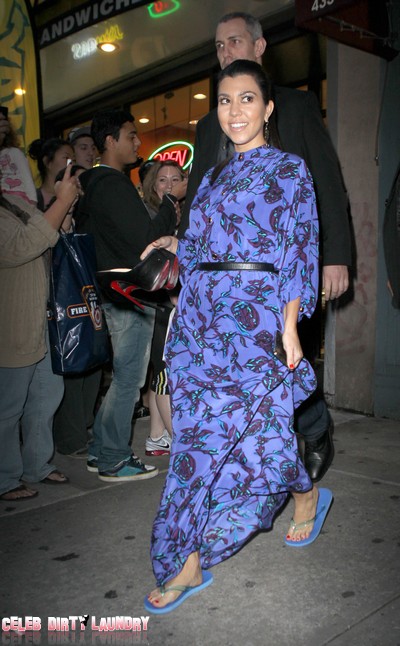 Looks like there will be more nuptials in the offing for the Kardasian Klan as Kourtney Kardashian‘s boyfriend has reportedly bought her an engagement ring.

Scott Disick went to a New York store Classics Jewelry with a friend to buy a diamond band in September according to Life & Style.

A source revealed: “He chose a 1.5-carat princess-cut diamond ring.”

Scott – who has a 22-month-old son Mason with the socialite – made a second visit to the shop in October and is planning to pop the question soon. I suppose Scott figures that once he shares genes with little Mason, he might as well marry Kourtney.

Although Kourtney – whose sister Kim married basketball player Kris Humphries in August – was previously uninterested in tying the knot, the reality TV star is said to have changed her mind in recent months.

A friend of the ‘Kourtney & Kim Take New York’ star said: “Right now, they’re so in love and so happy with each other and their family that there’s no reason for them not to get married. Kourtney has also really come around to the idea of marriage.”

A different source told America’s OK! Magazine: “In the past, she didn’t put much emphasis on getting married, but the idea has really grown on her. They have talked it to death and she said if it’s what Scott really wants, then she wants it too.”