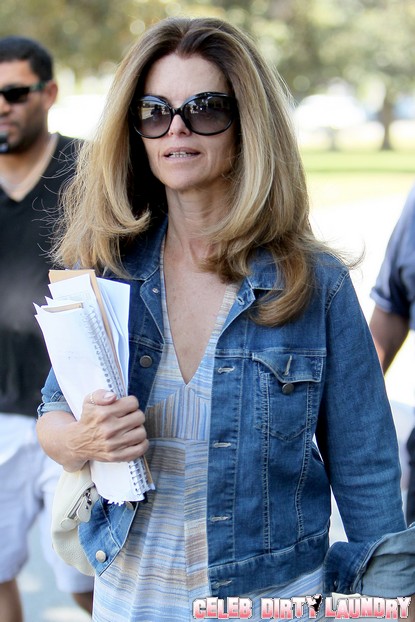 Maria Shriver isn’t waiting for her soon-to-be ex-husband, Arnold Schwarzenegger to fork over that hefty divorce settlement. Nope, she’s taking the matter into her own hands and is purchasing her own home.

The scorned wife of the former California Governor is plunking down a whopping ten million dollars on a home in Los Angeles. Actually, the home is in a more exclusive area of the city, in Brentwood. It’s even close to the former home she used to share with Arnold (and his mistress, ha!)

We’re told the couple is determined to keep their divorce amicable, with both Arnold and Maria getting joint custody of their two minor children. The proximity of the two homes will make shared custody easier.

From what we can tell, the deal is still in escrow, but we’re told it’s sold and will close soon.

Good for her for staying true to what she believes in. I was sure that she would falter once he started telling her that he wanted her back. She’s taking steps toward her own independence and for that, we applaud her.