O.J. Simpson’s Prosecutor Marcia Clark Back In The News With ‘Guilt by Association’ 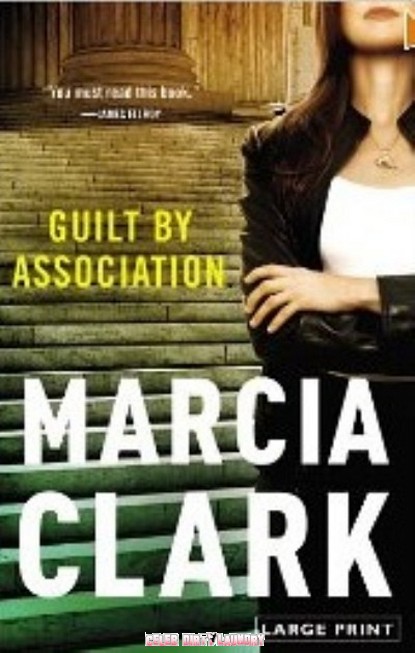 Marcia Clark, the Los An­geles district attorney who became a household name during the O.J. Simpson murder trial in 1995, has pub­lished her first crime novel, “Guilt by Association.” The book’s main character, Rebecca Knight, is a thinly veiled version of Marcia herself.  Rebecca is a “Special Trials Prosecutor” – the same job title Marcia had when the “Trial of the Century” vaulted her to fame.

Marcia left behind her law career after she failed to convict O.J., despite overwhelming evidence against him, of the murders of his ex-wife Nicole Brown and her friend Ron Gold­man.

The 57-year-old attorney says her book is an effort to get back into the legal game while trying to change stereotypes that women in law are all backstabbing shrews out to get each other.

‘Too frequently (in books), we see women pitted against each other,” she explained. “In fic­tion, they always have a knife out ready to stab each other’s back, and I was just (fed up) with it.  I’m also tired of seeing women, every time they get into trouble, being shown falling into a man’s arms, having to be rescued.  No.  Most women who are doing these jobs are tough, and they’ll rescue themselves, thank you very much.”

Marcia has largely kept a low profile in the years since the Simpson trial, although she does stints as a legal correspondent for “Entertainment Tonight” and she also writes a column for The Daily Beast website.  She has not remarried after divorcing her sec­ond husband Gordon in 1995, the same year she prosecuted O.J.

OJ Simpson Doing Hard Time In Prison – He Is Getting Fat And Beaten Up!

While Marcia admits she still carries guilt for failing to secure a conviction against the football great, she doesn’t think there is anything she could have done differently and has no regrets.

“I think even if they’d had a videotape of him committing the murders, he would have been acquitted,” she added. “The conspiracy theories were absurd, but a jury in search of an excuse will always find one.”

Talking about excuses… I guess that is Marcia Clark’s.