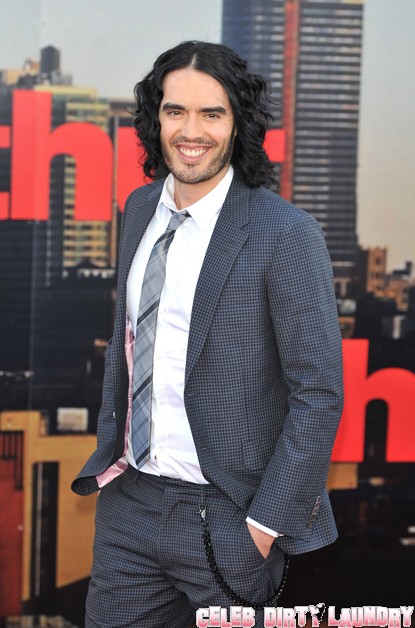 Poor Katy Perry she lost her husband Russell Brand when Japanese authorities decided to deport his ass from Japan.  Apparently it was from prior convictions over ten years ago. Brand is open about his past issues with drugs and run-ins with the law at the height of his addiction.  Japan did not care when they happened and they held him and then deported him out of the country.

Katy who is in Japan to perform was very upset and tweeted on her twitter account,  “My husband just got deported from Japan. I am so sad. I brought him all this way to show him my favorite place #tokyodreamscrushed.

“It was for priors from over 10 years ago!… But of Course I (love) my Japanese fans & the show #Mustgoon no matter the daily aftershocks or husband kidnappings!”

Japan has very very strict laws on drugs especially for foreigners and does not tolerate any bad behavior or any history of drug abuse or bad behavior.  Russell was in trouble again with the law  and arrested September 2010 over a clash with a photographer at Los Angeles International Airport.  Consequently it is no surprise they expelled him from the country.