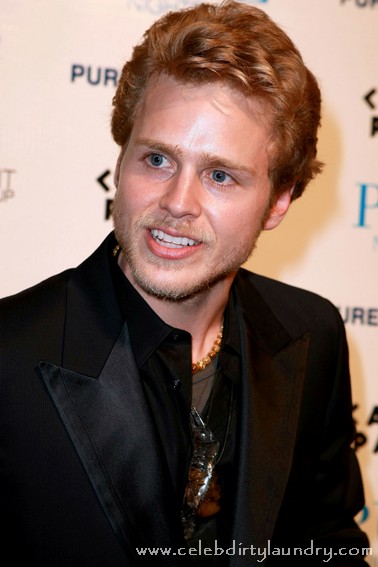 Spencer Pratt’s next move in his career was to become the new KFC spokesperson, but this has been placed on hold while some legal disputes are resolved.

Everything was looking rosy fo Spencer as KFC moved forward with their plans to use his music track Ain’t No Thang But A Chicken Wing, as part of their upcoming ad campaign, but now a major problem has arisen.

“Spencer had worked on the track with music producer Daniel Cortez and when Daniel heard about the talks between KFC and Spencer he lawyered up and contacted them immediately,” a source close to the situation says. “He is disputing Spencer’s ownership of the song and right to license it and until that issue is resolved KFC won’t proceed any further.”

“Spencer is not happy with the situation and is concerned that it’s going to blow his whole deal.”  “Spencer was under the impression that everything had been ironed out with Daniel, but now he’s being told everything is on hold until Daniel receives a satisfactory contract proving his share of ownership regarding the track.”

“He’s concerned that this is going to totally jeopardize things and that KFC will pull out of the deal.”  There is some good news on the horizon for the aspiring rapper and his many fans.  “Spencer is going into the studio with Hip Hop platinum selling artist Waka Floka Flame and Wooh Da Kid this month in Atlanta,” a source says. “They’re making a compilation CD with guests from all walks of rock ‘n’ roll, old school and R&B!”

Be the first person on your block to buy it – NOT!