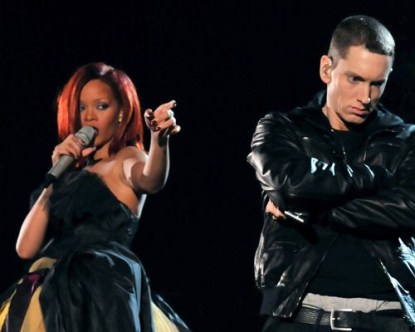 Record executive Steve Stoute, who is best known as rapper Nas’ manager, was stunned when Eminem lost the Album of the Year prize to cult act Arcade Fire, while little-known jazz performer Esperanza Spalding was named Best New Artist over Bieber.  Steve admits the ceremony’s upsets prove that Grammy producers have “lost touch” with pop culture in a quest for high ratings.

Steve took out a full-page advertisement in the New York Times on Sunday to express his anger, writing: “Over the course of my 20-year history as an executive in the music business – I have come to the conclusion that the Grammy Awards have clearly lost touch with contemporary popular culture – Where I think that the Grammys fail stems from two key sources: (1) over-zealousness to produce a popular show that is at odds with its own system of voting and (2) fundamental disrespect of cultural shifts as being viable and artistic.”

“While artists that the public acknowledges as being worthy of their money and fandom are snubbed year after year at the Grammys, the awards show has absolutely no qualms in inviting these same artists to perform… .  Interesting that the Grammys understands cultural relevance when it comes to using Eminem’s, Kanye West’s or Justin Bieber’s name in the billing to ensure viewership and to deliver the all-too-important ratings for its advertisers.”

What Steve apparently fails to understand or take into account is that the Grammys are not a simple popularity contest.  The highest grossing movies do not generally sweep the most important Oscars – why should the biggest sales determine who wins the Grammys?