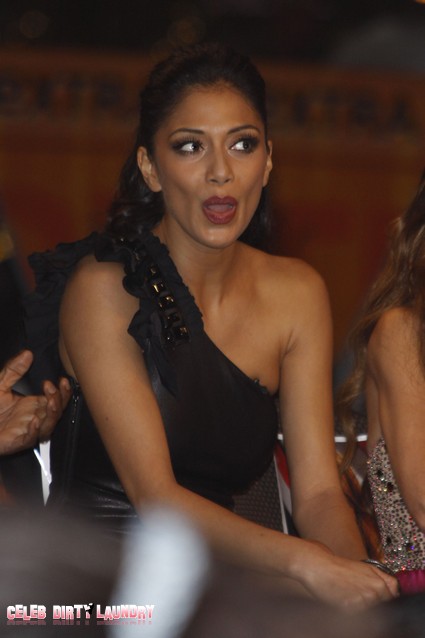 Nicole Scherzinger of  ‘The X Factor USA’ was held at gunpoint during a recent filming trip to Mexico – and it wasn’t by the fans of Rachel Crow.  The X Factor USA judge was in Mexico to shoot a video for her new single ‘Try with Me’, when she was threatened in a roadside incident.

Nicole and her choreographer, Brian Friedman, were driving through a mountainous region known to be controlled by major drug-dealing gangs – they were in a bulletproof SUV when they were pulled over by a group of murderous gunmen.

Brian told Britain’s Star magazine: “We were held at gunpoint. People next to our cars … there were M16s and Berettas!  Nicole cursed me with this trip. It was the craziest adventure ever!”

Upon realizing that Nicole and Brian were not members of a rival gang they were released unharmed.

The drug wars in Mexico are out of control – the place is rife with kidnapping and gang violence – Nicole would do well to restrict her future filming to the tamer Hollywood Hills.