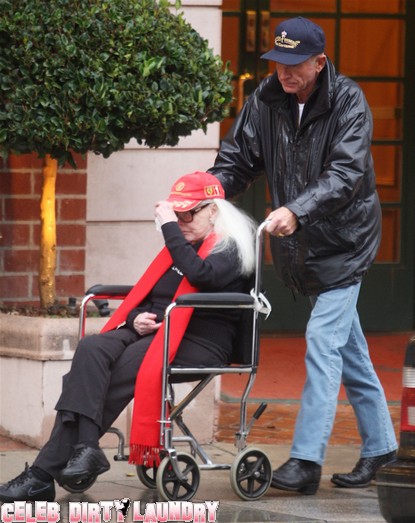 Zsa Zsa Gabor, 94, and her husband Prince Frederic Von Anhalt, 68, celebrated their 25th wedding anniversary  August 14th, 2011.  The Prince decided to throw a big party to celebrate the event even though Zsa Zsa had had so many health problems in the past few months.  People criticized him for the party but Prince Frederic fought back saying: “People attack me for this and say, How can you do it for a sick woman?…Look, my wife is 94 years old. She should have everything she wants and should have everything large. This big party is not for the guests, not for the media, not for me – this big party is for Zsa Zsa”.

Prince Frederic’s biggest hater is Zsa and  criticizer is Zsa Zsa’s daughter Francesca Hilton  the two have been feuding for some time.  Prince Frederic said Francesca is too negative to have around his wife as she battles ill-health.  So clearly there is no love lost and she did not attend the party.

The Prince put up a billboard advertising their wedding anniversary on Sunset Boulevard. The said, “25 years and counting” on 14th August 2011.  What do you think is the Prince a media whore or is he doing all this for his wife?