American Idol Winner Phillip Phillips: Where Is He Now? (Video) 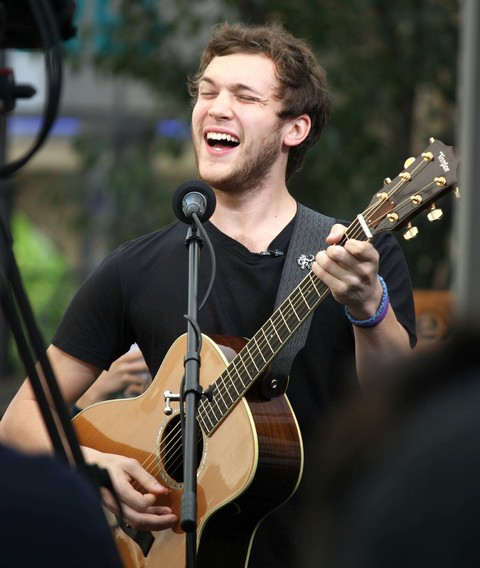 On the 11th season of American Idol, a young and talented singer from Leesburg, Georgia, won the super famous talent competition due to his relatable nature, puppy dog looks, and his exquisite vocal ability. Today, seven months after his win, Phillip Phillips is one of the most popular American Idols in the show’s history. His Mumford & Sons-esque debut single, Home, set new standards for American Idol when it sold 278 000 copies during its first week of release, making it the biggest digital seller of any American Idol coronation song in history. It was also the second best digital seller for any Idol contestant, only surpassed by Kelly Clarkson’s power anthem, My Life Would Suck Without You. The following week, it surpassed the one million mark in digital sales. The song peaked in 1st place on five separate Billboard charts – Rock Digital Songs, Hot Digital Songs, Hot Digital Tracks, adult alternative Triple A, and Triple A Audience – and the song peaked at 8th place on the Hot 100 Billboard Chart when Phillips’ album, The World from the Side of The Moon, debuted in the Billboard 200 album chart. The single has since its release gone double platinum, an amazing feat for a 15 second reality television show winner turned music superstar.

On the 29th of November, 2012, Phillips’ debut album was released to critical and commercial acclaim. The album debuted in 4th place on the Billboard 200 with 169 000 copies sold. The Rock Albums chart and the Digital Albums chart saw the album debut in 1st and 2nd place respectively and on the Canadian charts it debuted in 9th place, subsequently breaking the top ten and making the album a visible and commercially successful release. Whilst Phillips’ album was commercially successful, he was still beaten by Lauren Alaina on the official Idol alumni album sales list – Lauren sold a total of 294 000 copies of her Wildflower album, while Phillips had, so far, only sold 245 000 copies of The World from the Side of The Moon. This will soon change, however, as Phillips is still selling albums on a daily basis.  At the 2012 Teen Choice Awards, Phillips was nominated in two categories – Choice Love Song for Home, and Choice Music: Breakout Artist – but he did not win any awards.

This is the year of Phillips, and there’s no stopping in sight. He has already demolished the music industry and dominated the charts for months on end, so there’s no telling when Phillips’ shining star might go supernova.  Soon, we shall be privy to the tears, drama, and power vocals of the 12th season of our favourite talent competition, but we’ll be able to sleep sound at night knowing that if, and when this show comes to an end, there will at least be one superstar created on the world famous stage of the American Idol phenomenon.