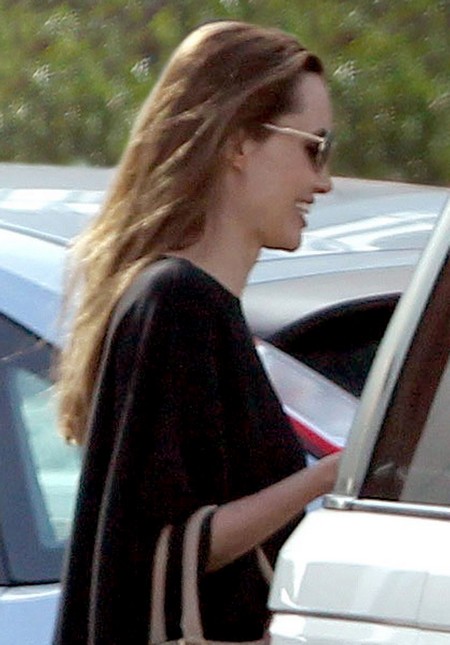 Angelina Jolie and Brad Pitt have taken London by storm!  Well at least Harrod’s department store by storm.  It seems Harry Potter fever has taken over the six Jolie-Pitt children, as a special chess set and wand were on the list of things the star couple snatched up.

A source said: “They spent three hours on the toy floor, mostly in the Harry Potter section.  Although they refused the offer of a private shopping experience, they were flanked by six big security blokes. The stars also bought other toys and some clothes, with the whole shop clocking in at $15,000.”

Jolie and Pitt are making themselves at home in the UK.  They are said to be renting a palatial home in Richmond, just 21 miles from London.  They expect to stay for at least 15 months so they decided to set up camp in a permanent place for the tenure, rather than move around as they normally do.

“It seems better for the whole family if they have a proper base. They have been moved into a palatial mansion that resembles the White House on the exclusive Wentworth golf course in Surrey. It is in a beautiful, gated community, one of the most exclusive areas in the U.K.”

Sounds like the only thing missing was a pile of toys for the kids but Brad and Angelina took care of that at Harrods! With Angelina’s Kate Middleton obsession London must realy do it for her. Do you really think the Jolie-Pitt’s will actually STAY in this home for over a year?  They have a tendency to change plans often.  Tell us what you think in the comments below!