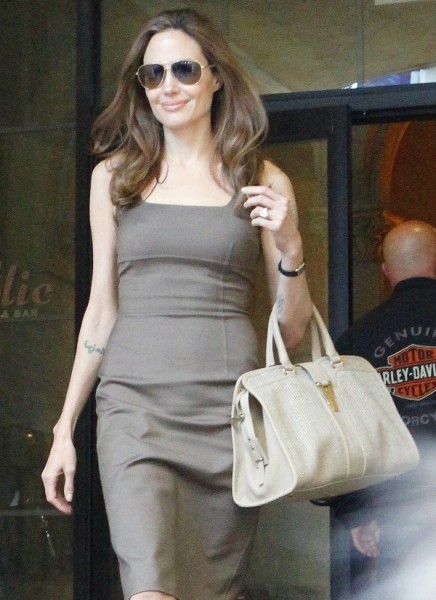 Brad Pitt and Angelina Jolie’s wedding has still not happened. The summer came and went along with the rumors that the A-listers were planning an end of summer bash on their French estate. Lucky for us we had Kate Middleton’s boobs to pass the time but Prince William has since ruined that for us and now we’re back watching for tents in the backyard. But we might be getting close. Angelina Jolie has chosen her maid of honor, and while it’s not the most conventional choice, it makes a whole lot of sense.

According to Entertainmentwise, Angelina’s brother, James Haven, has agreed to fluff his sister’s train and hold her bouquet when she finally marries long-time love, Brad Pitt. A source told Heat magazine, “James was thrilled to accept his little sister’s offer. Angie has always related to men better than women.” Well, that’s for damn sure.

Do you think James will try to kiss the bride? You know it! All I can think about is that horrible Patrick Dempsey movie where he plays the maid of honor to his best girl who just happens to be a friend but who he actually wants to be his girlfriend. Do you think Angelina saw that movie?

So what do you think of her decision assuming, of course, it’s true which with this couple who the hell knows anymore. Angelina’s not a girl’s girl. She doesn’t have tons of female friends and she and her brother are close. It’s really not a big deal. But this rumor has much less to do with her choice than it does her lack of friends. Again, in the yin and yang of the ongoing Angelina Jolie/Jennifer Aniston feud, Angie loses on the friends issue. Girls don’t like her. Girls have always been jealous. Angelina doesn’t have patience for girly things. But Jen’s the ultimate Friend. She’s always planning Mexican vacation with her click. Jen’s friends like Chelsea Handler even defend her against Angelina! So you see, that’s all this is. Next week we’ll get a story saying Jen’s in turmoil because she can’t chose her maid of honor because she has so many close friends! Mark my words!

Do you think it’s appropriate to have your brother serve as maid of honor? It would have been super cute if she picked one of her daughters. Who would you chose – Zahara or Shiloh? Damn, I just gave the tabloids ideas. Next week they’ll be a story saying Shiloh wants to be Brad’s best man. You don’t believe me? Just wait. 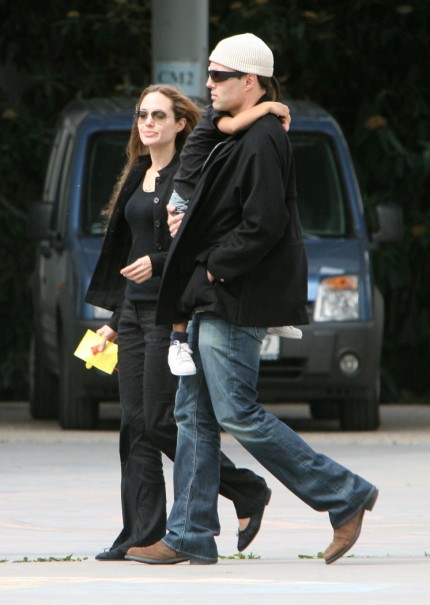