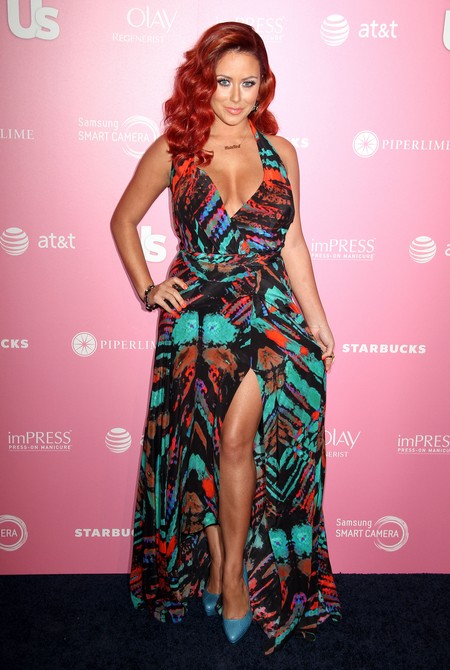 Tonight, Aubrey O’Day got fired again, first it was Diddy who fired her from “Danity Kane” and now Donald Trump has fired her on the “Celebrity Apprentice” and I just got one thing to say, “dong dong the bitch is gone”. Seriously, how much more could we take of that self-centered bitch? Basically, throughout her Apprentice journey, Aubrey was rude, venomous, insulted her team mates, then took credit for their wins and acted like a whore!

Arsenio Hall, dished Aubrey a good dose of “whoop ass” when he had reached all that he was going to take from her on the show.

Now you might be asking yourself what’s next for the 28-year old, well given her obsession with her ever changing looks, you know… the Botox, boob job, nose job and gawd awful fake red hair, my guess is that she’ll be heading back to Playboy . Oh, but wait, she could always be on the next season of “Dancing with the Stars”, after all she is a D-Lister!