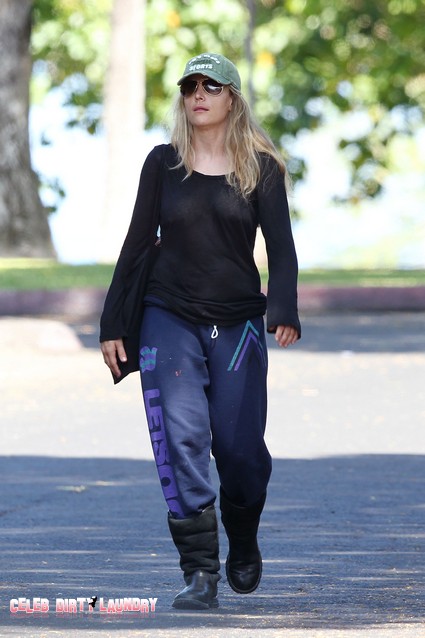 TMZ has details of this breaking news story:  Brooke Mueller has been charged with felony possession of cocaine with intent to distribute stemming from her December 2 arrest in Aspen, Colorado … TMZ has learned.

Brooke has been charged with one count of having MORE than 4 grams of cocaine … but prosecutors have covered themselves by filing another count — possessing LESS than 4 grams, in case there’s a problem with the measurement.

The amount of coke Brooke allegedly possessed determines the penalty … if she’s convicted. For more than 4 grams, Brooke could face 6 years in prison. For less than 4 grams, she’d face 18 months in prison.

Brooke is also charged with assaulting a woman earlier that night … which allegedly resulted in bodily injury.

Brooke was finally willing to admit that she has a deadly cocaine problem and went for in-patient rehab. Brooke relented from her stubborn refusal to seek help and will be leaving her children in Charlie Sheen’s care during her attempt to clean up and enter adulthood – at last. After Brooke was arrested in Aspen with enough cocaine to open up her own crack dealership, and had to be bailed out by Charlie, it must have become apparent to her that her life was out of control.

Brooke is supposedly “doing very well” in rehab – but of course all, that matters is what the junkie does when she finishes. Brooke has been in rehab more times than Charlie slept with ‘goddesses’ during his extended crack binge last year. To date Brooke has shown zero ability or interest to control her cravings for drugs. The only reason she is doing rehab was to present a better picture to the court as her lawyers attempted to postpone her appearance for cocaine and assault charges. Now that Brooke has been formally charged we can only hope that celebrity justice has ended for her.

If you can’t do the time Brooke, then don’t do the crime.