Breaking News: Not A Water Birth For Kourtney Kardashian! 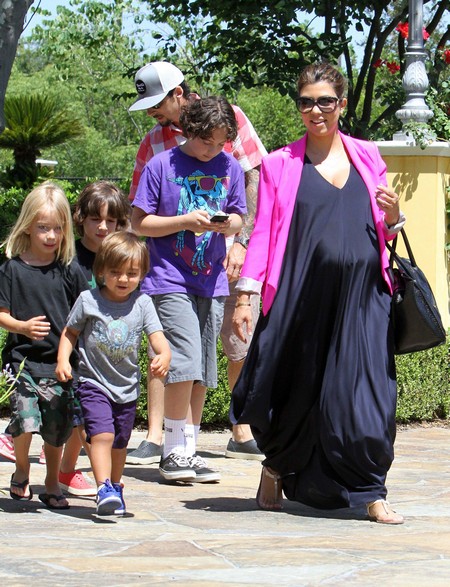 Remember a few weeks back when it was rumored that Kourtney Kardashian was gearing up for a water birth for baby number two? Well, it looks like she has definitely changed her mind! Initially, Kourt and baby-daddy, Scott Disick, were contemplating a water birth.  They had done some research and learned that it is supposed to be a less shocking transition from the womb.  Water births are often done without any sort of pain medications which may have also initially appealed to Kourtney.

What made her change her mind?  Kourtney’s friend gave birth a few days ago, in a tub of water and she was present for the blessed event.  No drugs meant a whole lot of blood-curdling screaming on the part of the poor woman delivering and apparently that was enough to make Kourt nix the idea all together.  She simply said it was, “horrific” …  “looked brutally painful”

That’s all she said and those few words say plenty.

Kourtney is expected to give birth at Cedars-Sinai in a luxury suite, probably with an epidural.  No worries though, I’m sure the birth will be filmed just like big brother to-be, Mason’s, delivery was shot three years ago.  I’m sure that part of Kourtney’s birthing plan is cemented by Kris Jenner.

What do you think about water birth?  Is it something that you or anyone you know would ever consider?  Do you believe it really is a safe option for delivery?  Let us know in the comments below!