BY William Blesch on June 18, 2012 | Comments: one comment
Related : Keeping Up With The Kardashians, Khloe Kardashian, Kris Jenner 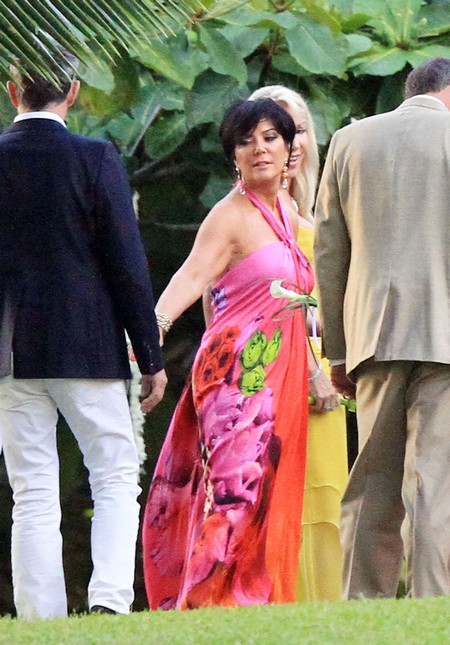 Kris Jenner met up with her old lover, the guy who was the cause of her marriage breaking down with Robert Kardashianand now she wants to meet him again. This all happened during an episode of ‘Keeping Up With The Kardashians’ last night.

Khloe Kardashian was really disgusted by her mother, Kris Jenners’ actions and even went so far as calling her out on Twitter.  It is not surprising that Khloe was so sensitive to her mom’s whoring around. After all, Khloe is allegedly the product of one of the affairs her mom conducted behind Robert Kardashian’s back – this one with her hairdresser, Alex Rodan.

Right as the episode was playing last night, Khloe tweeted, “Ugh I feel like I’m going to hate this episode.” She then tweeted right after, “Ewwww why did you hug him? @krisjenner” and “Ewwwwww you want to text him??? Are you mental?”

Of all days for this to go down on, it was Father’s Day yesterday, certainly not really the greatest thing for a daughter to see her mother meeting up with the same guy that completely destroyed their family in the first place. It’s only obvious what people are going to be thinking, “Is Kris cheating on her current husband Bruce Jenner as well?”

Back in November Kris even admitted that she was always a slut on Jay Leno, “I don’t know why I was having a mid-life crisis at 30, but I was.  His name was Ryan and he was a producer. We had wild sex everywhere, all the time. One morning, Robert had me followed. He found us at a restaurant.”

Kris’s texting this old lover, obviously means that she does want to keep in contact with him. The signs are so clear and I think she is so screwed because her family is going lose their trust in he; they might even have to replace “momanager”. Maybe we’ll see Kris get divorced again because of that same guy; it would be incredibly ironic, yet not surprising for such a slut!