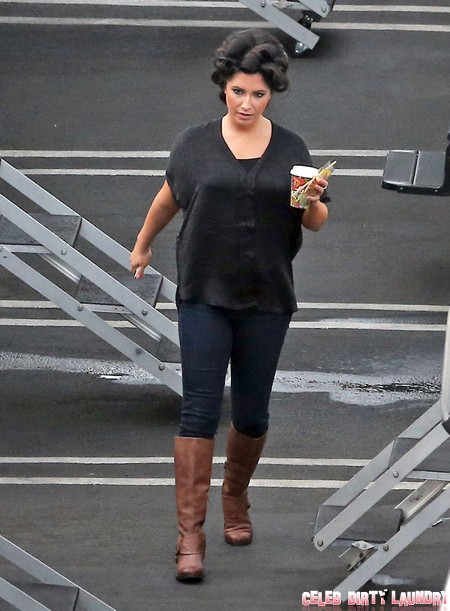 Bristol Palin Wins! The lawsuit filed by a man, Stephen Hanks, has been thrown out court.  Her attorney, John Tiemessen, was more than happy to share this news with ABC News.  Like anyone thought this man had a leg to stand on with this suit?

OK this is what happened.  Palin was at a Bar and Restaurant in West Hollywood minding her own business, when Hanks decided to throw out insults at Palin.  He called her mother, Sarah Palin, the 2008 GOP Vice- Presidential nominee a “whore”, yes chicas a “whore.”  To also add insult to injury he started making rude comments about her ex-boyfriend and baby’s father Levi Johnston.  Now come on chicas first you go after her mother, which is bad, but then you go after her baby’s daddy, he was just looking for an a** kicking.

Palin being a girl came back with the only weapon she had which was “words”.  Tit for Tat.  Palin called him a homosexual and you know what she could have called him a whole lot more.  The kicker of this whole thing was this all happed while she was filming her Lifetime series, “Bristol Palin: Life’s a Tripp”, can it get any better than that everything caught on film.  He didn’t see the cameras, OK.

Hanks was claiming in his lawsuit that he never signed a waiver and they are running ads for the show using his clip.  I think that I am a rational person, so if a person is going off and losing their cool do you really think that they are going to be in the mood to sign a waiver, least of all be approachable with the idea.  He was also claiming that Palin lied to a magazine saying that that situation was the reason she moved from Los Angeles back to Alaska.  His claim is that she bought her house 2 months before the incident and that he is not the reason she is moving.  So she bought a house, so she is moving home big DEAL.  My advice to you Mr. Hank in next time you are in a bar and restaurant keep your Big Mouth Shut!