Britney Spears Forced By Sam Lutfi To Testify At Trial 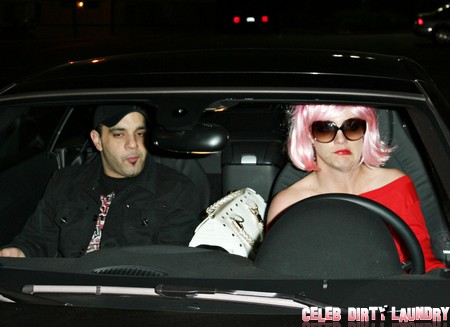 So…having pictures taken of you with no undies while galavanting to clubs at night is ok. You have no problem with that. Getting on a lil ol’ stand in front of a courtroom to defend yourself from being sued? That you’re terrified of.

It’s just another day in the life of Ms. Britney Spears.

You’re all like, “what did she do now” right? Let me explain. Her ex-manager, Sam Lutfi and his lawyer have formally petitioned the judge overseeing his lawsuit to order Britney to take the witness stand to testify, RadarOnline reported.

Apparently Britney is “terrified” and a source told Radar, “Britney doesn’t want to see Sam Lutfi or be in the same room with him again, ever.” Dramatic much?

The best part though is (get ready for this!)  the judge has already ruled Brit mentally incompetent to stand trial. He just ruled that now?!?!?!

I’m pretty sure the whole world deemed her mentally incompetent the day she decided to stroll into a salon and shave her head bald. That image will forever be burned in my memory.

And if that didn’t convince you that she’s out of her mind, how about a few months after the shaving incident, when she attacked a photog’s car with an umbrella? Yeah, remember those pictures? I can go on forever here.

There’s also another point that I need to bring up. Britney Spears is a host on The X Factor, a show that MILLIONS of people see twice a week. How convenient- when you’re being paid millions of dollars, you’re good-to-go but dare you face a non-televised real-life event (i.e. court), all of the sudden you’re lifeless.

I’m starting to think Lutfi is just as crazy as Britney though. Lindsay Lohan’s publicist has quit and now Lutfi wants to be the one to rep her! Oh like 9 million lawsuits won’t come out of that business relationship? If he thought Britney was bad, he’s about to open up a whole new bag of issues…or lawsuits.

Will Britney come unscathed out of this encounter with the law? She always seems to. After all, she’s Britney, Bitch!