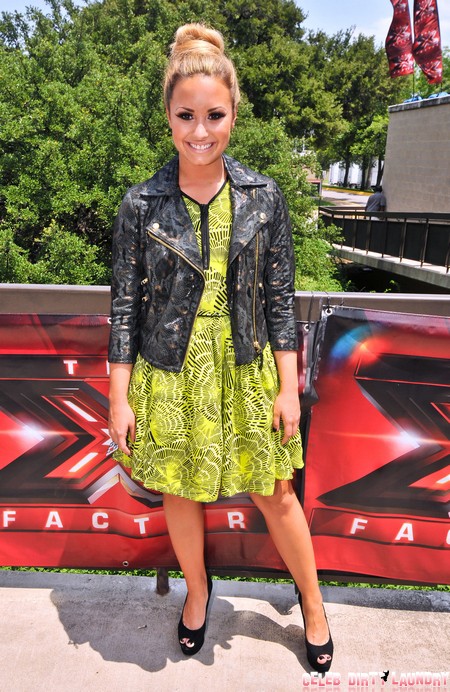 Simon Cowell knows how to brand and we are thinking that he rigged the romance between Demi Lovato and Niall Horan.  Ah, the soothing sound of manipulation. How wonderful are you not? Niall Horan became famous on the UK X Factor by being in a little group you might have heard of, called One Direction? Yes, one of the biggest boy bands of our generation, taking over the world quicker than trash television,

One Direction has achieved worldwide fame due to their male model looks and catchy, albeit cheesy, pop tunes. Was it only fitting then, that Niall Horan ended up with Demi Lovato, who is currently the judge on the X Factor USA? Celeb Dirty Laundry decided to investigate and we are exclusively digging up the dirt on this power showmance.

Simon Cowell knows a brand when he sees one. The man has made more people famous than Youtube, so, it is a rather bizarre coincidence that his multi-million dollar One Direction machine churned out a relationship with his latest judge on The X Factor USA, which suffered from lower than expected viewership figures for its premiere season. Simon knows the entire world is watching One Direction’s every move and he needs to get a boost for his talent show or otherwise it goes bust and Simon sits with a big fat pie on his chiseled face.

In a recent interview, just as One Direction started taking over the charts, Niall confessed to an interviewer that he is “unlucky in love”, yet at the end of the interview there were alleged rumors of a friendship between Niall Horan and Demi Lovato, with his mom all of a sudden giving a blessing. Either his mom is a fame whore like Kate Middleton’s mom, or she had too much Kool Aid. You know what is even stranger? This interview was released late May, about two weeks after Demi Lovato was officially confirmed as an X Factor USA judge.

It could be that these two have been friends for a while, but all the coincidental evidence points to Simon Cowell’s master plan – making Demi Lovato and Niall Horan “fall in love”.

Is it fake? Is it real? The relationship has Simon Cowell’s mercenary Midas-like fingerprints all over it. You have the comments below to voice your opinion. Look at all the evidence and decide for yourself.