Cee Lo Green Spends His Loot From ‘The Voice’ On Strippers 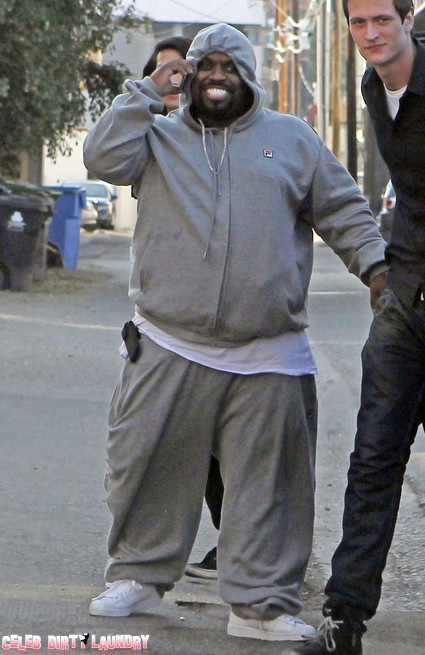 Cee Lo Green just loves those strippers and loves showering them with money. Cee Lo is really in the limelight these days with a Super Bowl half-time appearance with Madonna and a prime time role on ‘The Voice.’ And it’s a good thing since the big man dropped $10K on adult entertainment during a trip to a strip club last Thursday.

Cee Lo paid a visit to an Indianapolis lap dancing palace late at night with former bandmates from hip-hop group the Goodie Mob.

According to TMZ:  Cee Lo and his boys met up in Indy for some pre-Super Bowl partying Wednesday night … and decided to take the festivities over to a local gentlemen’s establishment around 1:00 AM Thursday morning.  Sources inside the club tell us … Cee Lo requested lap dances from “the baddest b*tches in the club” … and the group rewarded their good behavior by making it rain with roughly $10,000 in cash.

We’re told there were other famous people in the club at the time — including some NFL players — but they were no competition for Team Cee Lo, who easily commanded the girls’ attention.

Cee Lo is known for throwing money around to satisfy his extravagant tastes previously admitted he once spent $40,000 on a diamond gun pendant.

Cee Lo said:  “I have a pistol, an almost life-size Beretta full of diamonds. I consider it a love gun! I’ve worn it a couple of times on a necklace. It was for sale in New York. I was in Philadelphia and this guy had a picture of it. I was like, ‘Yo, I want it.’ They tracked it down for me and I bought it. It was about $40,000.”  “I’m a bit of a collector [of jewelry] at this point, I have about 15 watches.”

Maybe Cee Lo should consider spending a few more dollars to look after his health and hire a personal trainer and dietician.