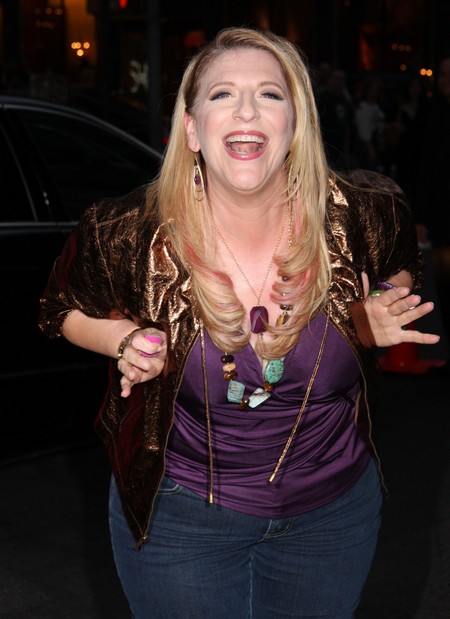 If you have been watching ‘Celebrity Apprentice’ like I have, you would know how nasty Lisa Lampanelli has been. She not only lied her way through the popular reality show, she called America ‘stupid’, hurled racial slurs at Dayana Mendoza and degraded the entire Hispanic community, insulted Lou Ferrigno for his life-long disability, and most recently came on attack with Teresa Guidice. Personally, I think anything that bitch got dealt with in the board room would have been highly deserved.

Basically, Donald Trump had to fire another person last night and 2011 “Celebrity Apprentice” winner John Rich and runner-up Marlee Matlin where there to help him do it. After John and Marlee both spoke to the final four, they made their recommendation.

Lisa had literally just won a task as Project Manager, which was in fact her second victory as PM and therefore she could never see the ‘firing’ coming after a win. The final four did not have that much time to celebrate when Trump called them all back into the boardroom and after speaking with John and Marlee, Trump decided to fire Lisa because they all felt she was too “emotional” following some of the tasks. I would have personally preferred that Trump fire her for having a filthy ‘potty mouth’ and for hurling racial slurs, but I’ll take it, as long as the bitch is gone!

The ‘emotional’ thing that Marlee and John were talking about was when Lisa would bitch out all her team mates, degrade them, insult them and then in the board room, in front of Trump, she would play the ‘victim’ and bring on the tears.

When Lisa was fired, the look on her ‘pet’ Aubrey’s face was simply priceless, she was completely blindsided and so was Lisa. Although, Lisa did put on her best ‘acting’ face and leave without spewing out any more trash out of her mouth, guess she knew we had all had enough!

Now we are left with Clay Aiken and Arsenio Hall with Aubrey O’Day, but don’t worry,  I hear that Aubrey is going home at the start of the finale next week so there won’t be any more annoying ‘little bitches’ left, thank God.