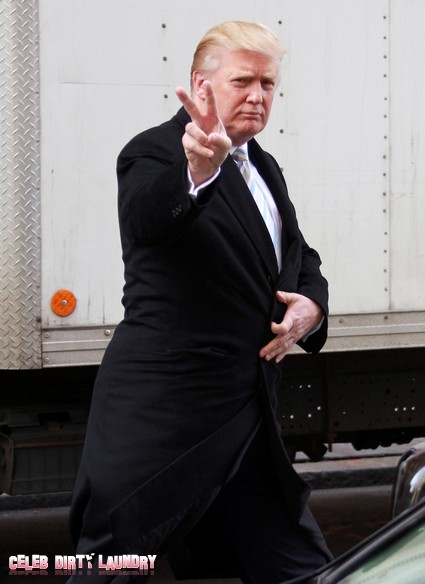 Twisted Sister’s Dee Snider and ‘The Hulk’ star Lou Ferrigno are at war over Miss Universe Dayana Mendoza – and ‘Celebrity Apprentice’ is hurting from the collateral damage!  It seems that married rocker Dee has the hots for sexy Dayana and Big Louie can’t deal with it.  It seems that Dee was so busy flirting with Dayana that he forgot that he was in a men versus ladies competition and screwed up.  Lou went ballistic on Dee in Donald’s boardroom accusing him of thinking with dick and the two almost came to blows.  Now that is an episode we want to see!

National Enquirer Print Edition, March 12 has the source: “The fireworks exploded in Donald Trump’s boardroom during the taping of an episode,” revealed an insider.  Lou claimed that DEE. Who is married, dropped the ball during a group challenge because he was too busy flirting with 25-year-old Dayana.

“Lou went nuts screaming that Dee was distracted because he was hitting on her,” said the insider.  “Dee was taken aback, and the two men exchanged angry words.  There was a lot of shouting and screaming.  Fortunately, no punches were thrown.   NOTE FROM CDL – this was fortunate only only for Dee

“Dee told The Donald that he was happily in love with his wife for more than 30 years and was insulted by Lou’s accusation.  Comedian Lisa Lampanelli entered the fray, verbally slamming Lou, who shot back, ‘If you were a man, I’d knock you out!  Things got very heated, but you won’t see it on TV because it would have distracted viewer’s attention form the task the group had been set to do – that’s why it ended up on the cutting room floor.”“If those boys had been paying attention, they would have known that Dayana is off the market,” said the insider.

“She’d already gushed to Donald about having a boyfriend who’s captured her heart.”

I don’t know about this one.  If we will never see any evidence of this donnybrook on TV then how can we be sure that it’s true?  The story is certainly plausible – older man flirting with younger woman – but that in no way makes it true.  We’ll have to be watching closely for evidence as the season unfolds and see for ourselves.  And you can follow all the details and news about ‘Celebrity Apprentice,’ including our EXPERT LIVE RECAP right here on celebdirtylaundry.com